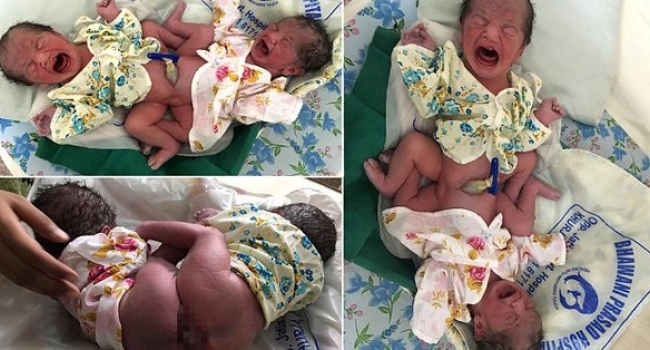 
A mother who gave birth to conjoined twins and discharged herself has been urged to return her babies to hospital as they 'desperately need surgery'.

A woman in India 'miraculously' gave birth naturally to the infants who are attached at the abdomen but left within a few hours.

Doctors, who were unable to tell the gender of the children, have said they are vulnerable to health complications because they share an umbilical cord.

The twins were born on September 2 and each baby had all its limbs and vital organs.

‘The gender of these babies will only be revealed during surgery.' said Dr Rahul Aggarwal, a pediatric surgeon at Bhawani Prasad Hospital, in Uttar Pradesh in northern India, who delivered the twins.

'They each had four limbs and a heart and other organs, but being attached at the abdomen and sharing the same umbilical cord made blood circulation challenging.

'If they had had an umbilical cord each it would have made them much stronger babies. Now, they desperately need surgery so they can go on and have a chance.’

'She had no idea'

Dr Aggarwal said the 32-year-old woman, from a nearby village, admitted herself mid-labour and scans quickly revealed she was expecting twins.

They showed they were attached at the abdomen with a length of 75cm (29.5 inches) from one head to the other baby’s head.

He said: ‘The mother had already started with labour pains when she arrived at the hospital.

'And when we did an ultrasound it confirmed she was expecting twins but she had no idea as she hadn’t had any earlier scans.

‘We prepared her for labour but within an hour she delivered naturally, which was miraculous.

'Delivering conjoined twins naturally, especially when they are attached at the abdomen, is quite challenging. It’s very rare. The woman bravely delivered the twins and fortunately all did fine.’

The mother was reportedly shocked to see her babies but bonded with them instantly.

‘It was amazing to see the two babies,' Dr Aggarwal added. 'If we stimulated one, both of them would react and start crying together.

'They both responded to what the other was doing. It was remarkable to watch.’

He said he advised the mother to seek further medical assistance and referred them to All India Institute of Medical Sciences (AIIMS), in New Delhi, but she then vanished.

He said: 'The mother and twins were doing well so they were able to go home. However, I referred them to a better hospital with advanced medical facilities so they can seek further treatment.

'But they have not responded. I am unaware of their whereabouts or if at all they took the twins anywhere else. I can only hope they seek further help.' 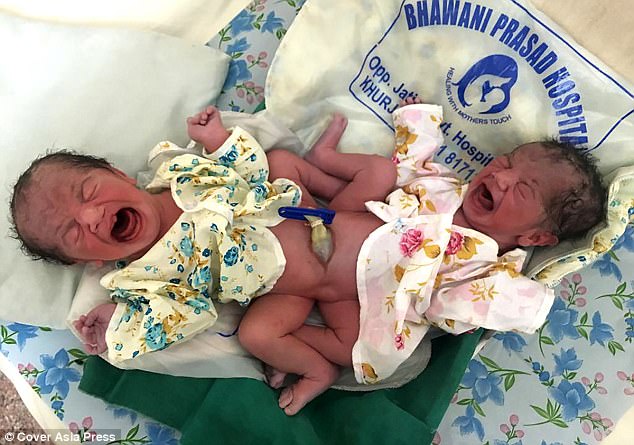 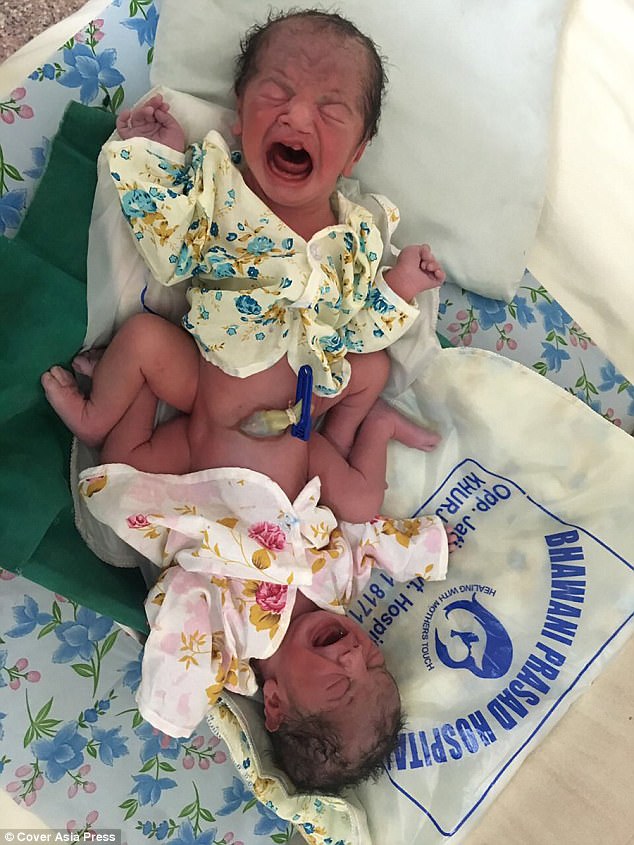 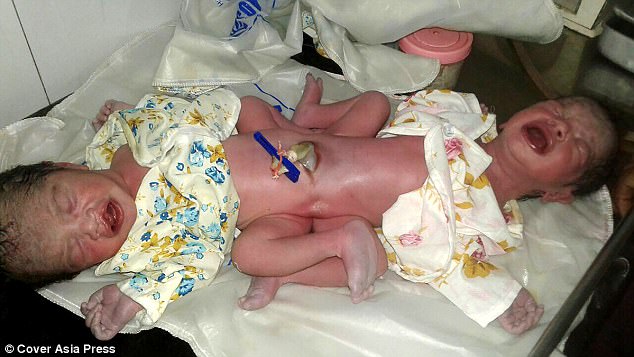 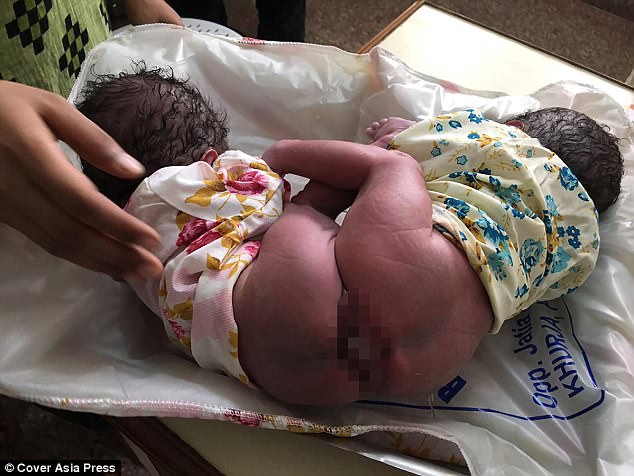