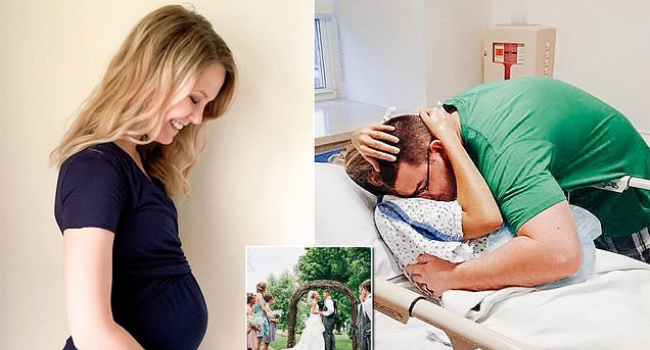 According to the source, Amanda's life has changed in 2014 when she developed a persistent tiredness and nausea.

She was newly married and excited to start a life with her husband Justin but as her symptoms progressed, she also became incredibly dizzy and couldn't keep food down.

Doctors diagnosed her with a rather rare disease - primary sclerosing cholangitis (PSC).

Finally, Amanda headed into surgery to receive 65% of her school friend's liver.

The disease receded, and in February of this year, the woman found out she was pregnant. Amanda admits that not so long ago she was fighting for her life, and did not even dream about having a baby.

Now she is trying to raise awareness of the importance of donation, as it gives the patient a chance for healing.