Man, 89, dies of skin cancer after five-month fight for treatment 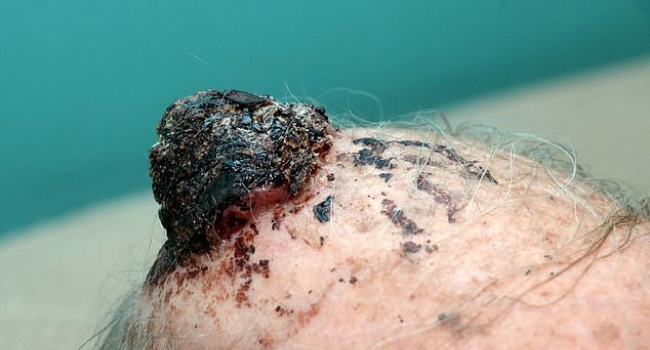 
George Hobbs, 89, from England unsuccessfully tried to draw the attention of doctors to health problems for several months, KentOnline reported.

According to the source, his struggle began last August when he fell over and cut his head on the day of his late wife’s funeral. The wound failed to heal and became painful and larger over the months until in February.

As a result, skin cancer was diagnosed only in May, and on July 25, the patient died.

George’s relatives require a thorough investigation of the negligence of doctors.

His daughter Clare Hobbs, 32, said: "Towards the end he’d spend a lot of time lying down as that’s when it was at its least painful. He hardly went out because he was embarrassed. He filed all his documents and when I went through them after his death I found a note which read ‘please help me it’s so painful’. That was heartbreaking."