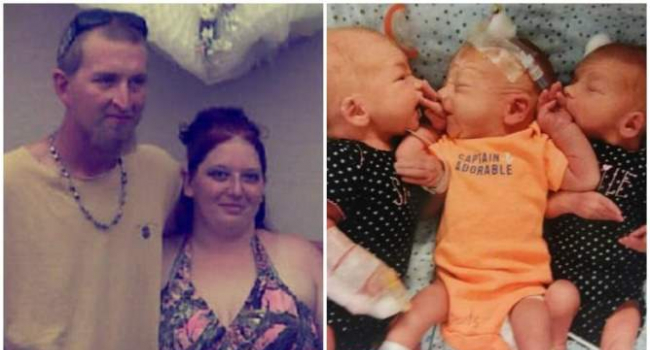 According to the source, the woman was hospitalized with complaints of pain in the abdomen. Earlier, woman suffered from kidney stones, and therefore attributed such painful symptoms to this condition. To her surprise, the doctors informed her that she was in the 34th week of pregnancy.

Initially, doctors believed that Dannette was pregnant with twins, but during childbirth it turned out that in reality she was expecting triplets. The news was a real shock to her husband. The couple had already raised two children, and obviously did not count on such an unexpected replenishment in the family.

With a difference of four minutes, two girls and a boy were born. The kids were named Gypsy, Nikki, and Blaze.