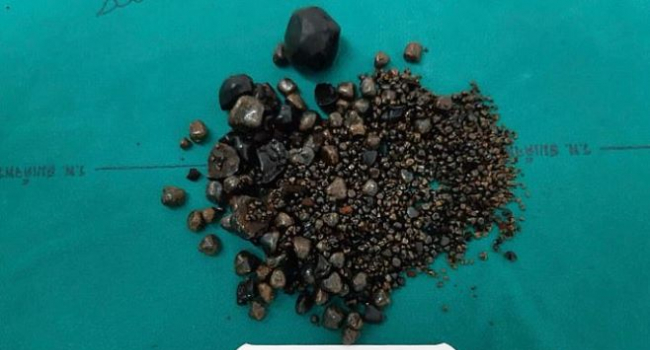 
The 60-year-old resident of Thailand could not even imagine what was the cause of constipation and abdominal pain, Daily Mail reported.

According to the source, doctors discovered a cluster of gallstones while examining the woman. The corresponding operation lasted 40 minutes. Surgeons were shocked by counting the number of gallstones removed - 1898, all of which were of different sizes.

Meanwhile, this is far from a record figure. So, 23,530 stones were removed from the gallbladder of an 85-year-old woman in 1987 in Sussex.