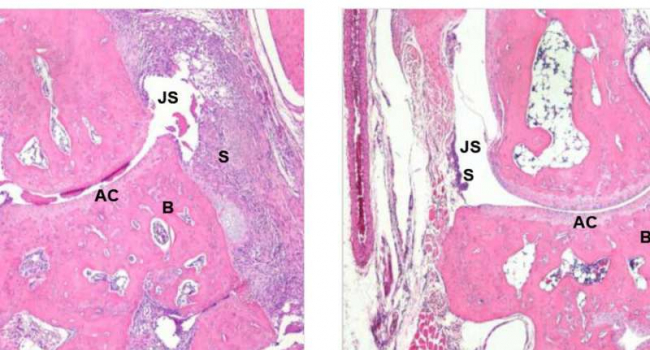 
Specialists from the Keenan Research Center for Biomedical Science, have proposed a new approach to the treatment of autoimmune diseases, including arthritis, Medical Express reported.

According to the source, usually the treatment of such diseases is focused on suppressing the immune response, which, in fact, leads to damage to body tissues. Now, scientists propose focusing on the Ter119 inflammatory antibody, which targets red blood cells and which is an analogue of the therapy that already exists for patients with immune thrombocytopenic purpura (ITP). This is a bleeding disorder when the immune system destroys platelets. Typically, a disease is treated with a human immunoglobulin RhO antiresus (D).

Ter119 not only produced a therapeutic effect on the purpura model, but on the model of arthritis and complications caused by blood transfusion. So, Ter119 may become the basis of a new medicine, scientists are sure. Moreover, most likely, it will be able to work in the most severe cases.