Antibiotic resistance can spread if drugs are not available 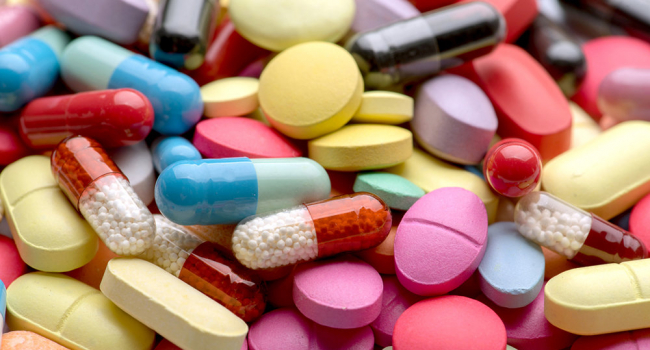 
Limiting the use of antibiotics may not be sufficient to contain the spread of resistant bacteria, said a new study of scientists from ETH Zurich in Switzerland.

A study in mice revealed a mechanism in persistent, persistent bacteria that can survive antibiotic treatment by going to rest, Medical News Today reported.

"If you want to control the spread of resistance genes," says co-senior study author Médéric Diard, "you have to start with the resistant microorganisms themselves and prevent these from spreading through, say, more effective hygiene measures or vaccinations."

According to the World Health Organization (WHO), antibiotic resistance is a public health problem in every country.

At least 2 million people in US develop antibiotic-resistant infections at least annually. According to the Centers for Disease Control and Prevention (CDC), at least 23,000 people die from them.

Bacteria can become resistant to antibiotics by acquiring resistance genes.

They can get these genes by horizontal gene transfer from other bacteria, as well as by spontaneous mutation. Resistance genes give bacteria various means to defeat antibiotics.

The use of antibiotics removes bacteria that are susceptible to their effects, leaving behind those that carry resistance genes. Therefore, the wider use of antibiotics contributes to the spread of resistant bacteria and increases the number of infections that are difficult to treat.

This reasoning may explain why many health authorities are calling for limiting the use of antibiotics.

Persisters are bacteria that can reduce their metabolism to such an extent that they seem barely alive.

Scientists were aware of their existence, and that antibiotics cannot kill these bacteria when they are at rest.

Salmonella is a bacterium that can become persistent when it penetrates the tissues of the body from the intestines. This bacterium may be at rest and avoid detection for many months. When conditions become favorable, the microbe can wake up and cause infection.

However, even if the microbe does not cause an outbreak of infection, it can still be a threat, according to new data.

Diard and his colleagues found that Salmonella has the ability not only to survive, but also to carry resistance genes in the form of small pieces of DNA called plasmids.

In mouse experiments, when salmonella carrying plasmids emerge from a dormant state, they can easily share their resistance genes.

Salmonella persists are able to transfer their resistance genes not only to representatives of their species, but also to genes of other bacterial species, including E. coli.

Resistance genes are transmitted to bacteria that are susceptible to horizontal gene transfer.

"By exploiting their persistent host bacterium, the resistance plasmids can survive for a prolonged period in one host before transferring into other bacteria," explains co-senior author Wolf-Dietrich Hardt, a professor at ETH Zurich.

According to researchers, transmission of resistance genes is independent of antibiotic availability.