Hamburgers are dangerous for men 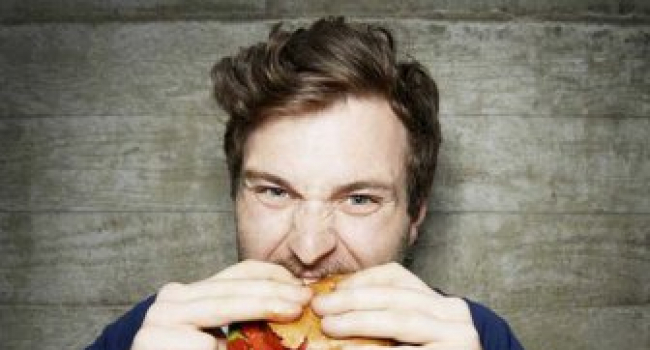 
Hamburgers and other varieties of fast food disrupt the synthesis of testosterone - the "male hormone", which regulates, among other things, the reproductive functions in the body of men. This conclusion was reached by researchers from Australia, Planet-today reported referring to the scientific publication Andrologia.

Employees of the University of Flinders found that fast food is especially harmful for some categories of people. For example, for obese men who already often have problems with testosterone. Such harmful food as hamburgers disrupts the biological mechanisms responsible for the production of "male hormone", which seriously harms the body of a man.

Food that is too saturated with fats and salt negatively affects testosterone levels, and this effect is especially pronounced in obese men. And we are talking about an instant effect - it’s enough to eat a hamburger so that the level of testosterone in the blood drops sharply, the authors said.

Scientists add that the decrease in testosterone levels provoked by fast food, especially affects the health status of older men, as well as those men who are pronounced overweight. In some cases, the negative effect of fast food can lead to serious violations of childbearing function.