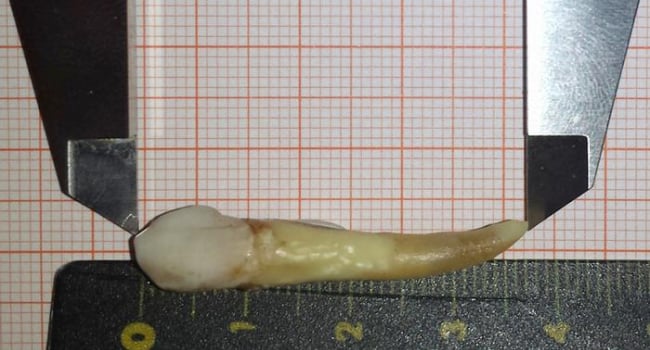 On Tuesday, a dentist from the German city of Offenbach received a certificate from Guinness World Records for pulling the longest known human tooth.

It was back in 2018, when a resident of the city of Mainz went to the hospital with a complaint of acute toothache. The dentist examined him and found an abnormally long tooth.

It took a whole year to collect the necessary documents and check a tooth in order to fix the Guinness record.