Are there any contraindications for laparoscopic surgery? Expert's opinion 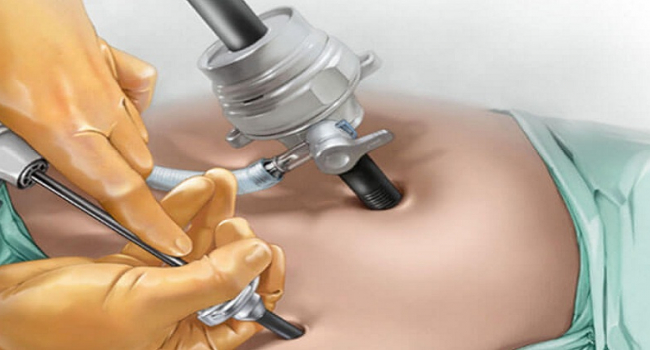 
There are no contraindications as such for laparoscopic operations, but in some cases such operations are almost impossible to carry out, surgeon Van Poghosyan, specialist in laparoscopic surgery (US) told NEWS.am Medicine.

According to the expert, numerous adhesions that could form in the patient’s body, for example, after several open operations, can complicate laparoscopic surgery.

There are also cases when it is necessary to remove large or dangerous tumors - and to do this without an incision is difficult or almost impossible.

Laparoscopy is a modern method of surgery in which no cuts are made on the skin, and operations on the internal organs are performed through small holes (usually about 0.5-1.5 cm). According to the doctor, laparoscopic surgeries have a number of advantages over conventional ones: the patient experiences less pain, less likely to encounter complications, spends less time in the hospital and is discharged faster after such a surgery.

In the case of large incisions that are made during open operations, the risk of inflammation at the incisionsite and infections is higher. Moreover, approximately 10-20 out of 100 patients in the long term experience a hernia at the incision site. All these problems are practically excluded in the case of laparoscopic surgery.

Dr. Van Poghosyan came to Armenia several times as part of a charity mission as part of a team of Fresno doctors. During each visit, he did 20-30 free operations in Yerevan, in Armenia's provinces and in Artsakh.

In November 2016, during a visit to Stepanakert, Van Poghosyan performed the first laparoscopic bowel surgery in Artsakh and removed a part of the colon affected by a cancerous tumor. According to him, during the visits he whenever possible trains Armenian specialists in the regions in the techniques of laparoscopic surgery, however, to work fully without outside help, they will need longer trainings.