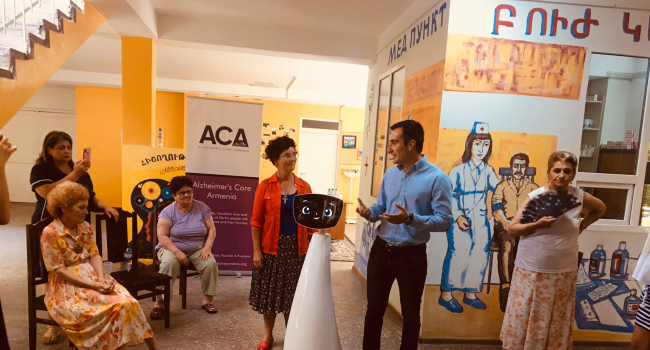 
Alzheimer’s Care Armenia (ACA), in collaboration with Expper Technologies is investigating the use of an emotional support robot to improve the well-being of institutionalized older adults in Armenia. The autonomous assistant, called “Robin the Robot” assesses the cognitive and psychosocial needs of elders at Nork Old Age Home. The project has received funding from The H. Hovnanian Family Foundation and it is endorsed by the Ministry of Labor and Social Affairs of the Republic of Armenia.

The founder of ACA, the author of the idea, gerontologist Dr. Jane Mahakian as well as Linda Yepoyan and Nara Melikyan the representatives of the The H. Hovnanian Family Foundation visitited Nork Old Age Home to follow the joyful meetings of the residents and the Robot. Karen Khachikyan, the CEO and Founder of Expper Technologies, was within the guests' list. The director of Nork Old Age Home Arthur Melqonyan welcomed the guests and invited them to participate the session and the work with Robin.

“This groundbreaking project has shown the use of innovative therapies such as robotic interventions is effective in making a positive difference in the lives of the older person with neurodegenerative diseases. Robin the Robot's lifelike "personality" and its means to express have so far gained wide acceptance by all study participants.  I am excited to see a lifting of depression and anxiety as well as continued improvement in cognition as the study proceeds.” says Dr. Mahakian.

The project study started on May 25 th and will be for a 12-week period. Each participant has been enrolled in the study communicate with the robot twice a week.  Conversations and contact with Robin are based on their personal interests and include cognitive games. The robot talks to them about many topics including music and art.

Consequences of the Covid-19 crisis have impacted the already vulnerable elderly populations, especially those living in nursing facilities. As a result of strict safety measures, loneliness and isolation have increased, negatively impacting the residents physical, mental and cognitive well-being.

"We are happy to see that within this short period of time, Robin managed to positively impact cognitive functioning and psychological well-being of the residents in Nork Age Home. By utilizing evidence-based interventions, we already see improved cognitive abilities, lowered depression symptoms, improved sleep disorders, and increased quality of life for the elderly", says Karen Khachikyan, the CEO and Founder of Expper Technologies.

After completion of the study, Robin the Robot will spend the next nine months visiting five other nursing facilities in Armenia. This research project aims to investigate the efficacy of Robin the Robot, an autonomous care assistant, on cognitive functioning and psychosocial well-being. The project researchers include Jane Mahakian, Ph.D., Alzheimer’s Care Armenia; Karen Khachikyan, Expper Technologies; Nicholas Hutchings, MD, University of California, Irvine; and Samson Khachatryan, MD, National Institute of Health, Armenia. 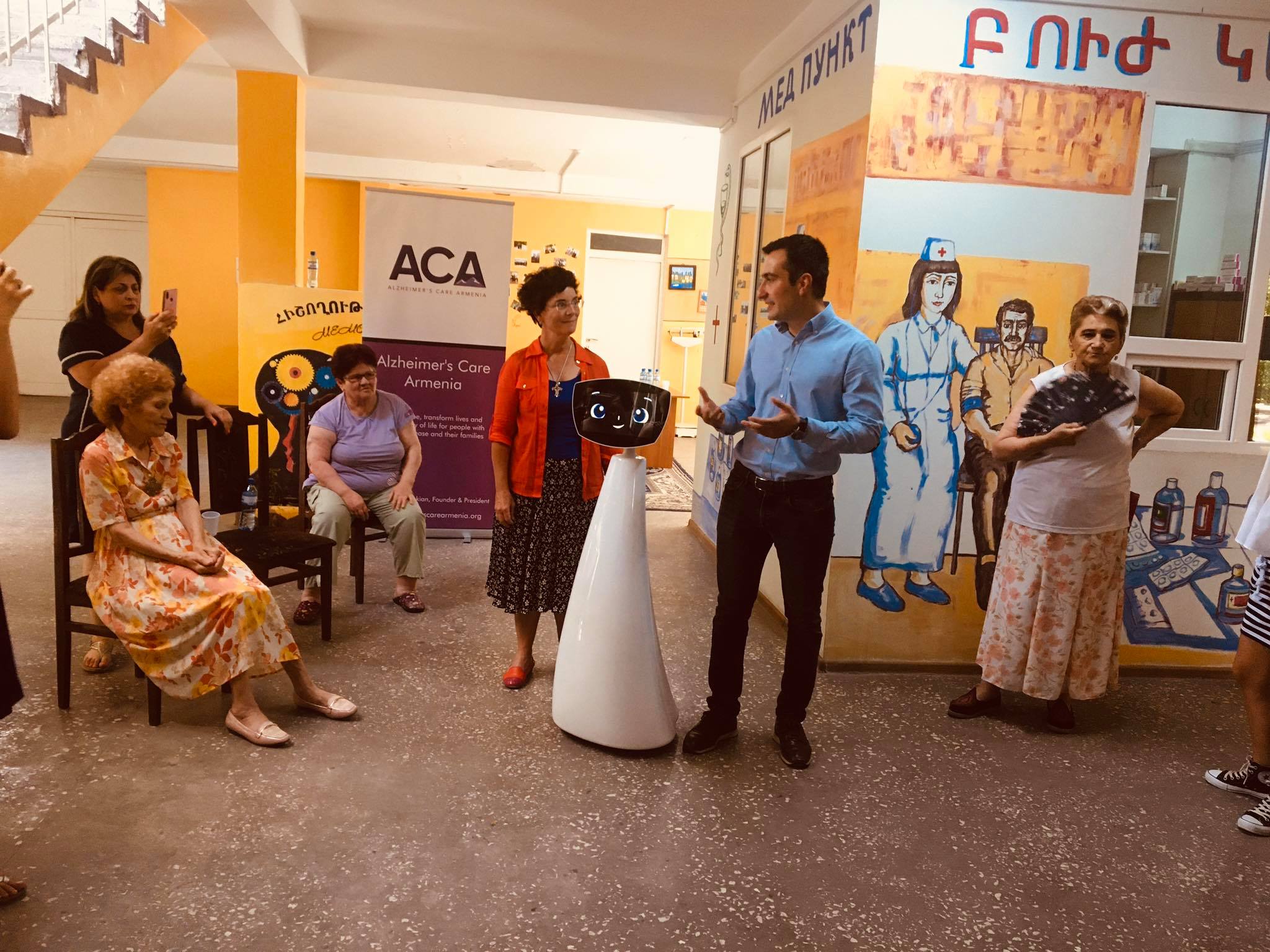 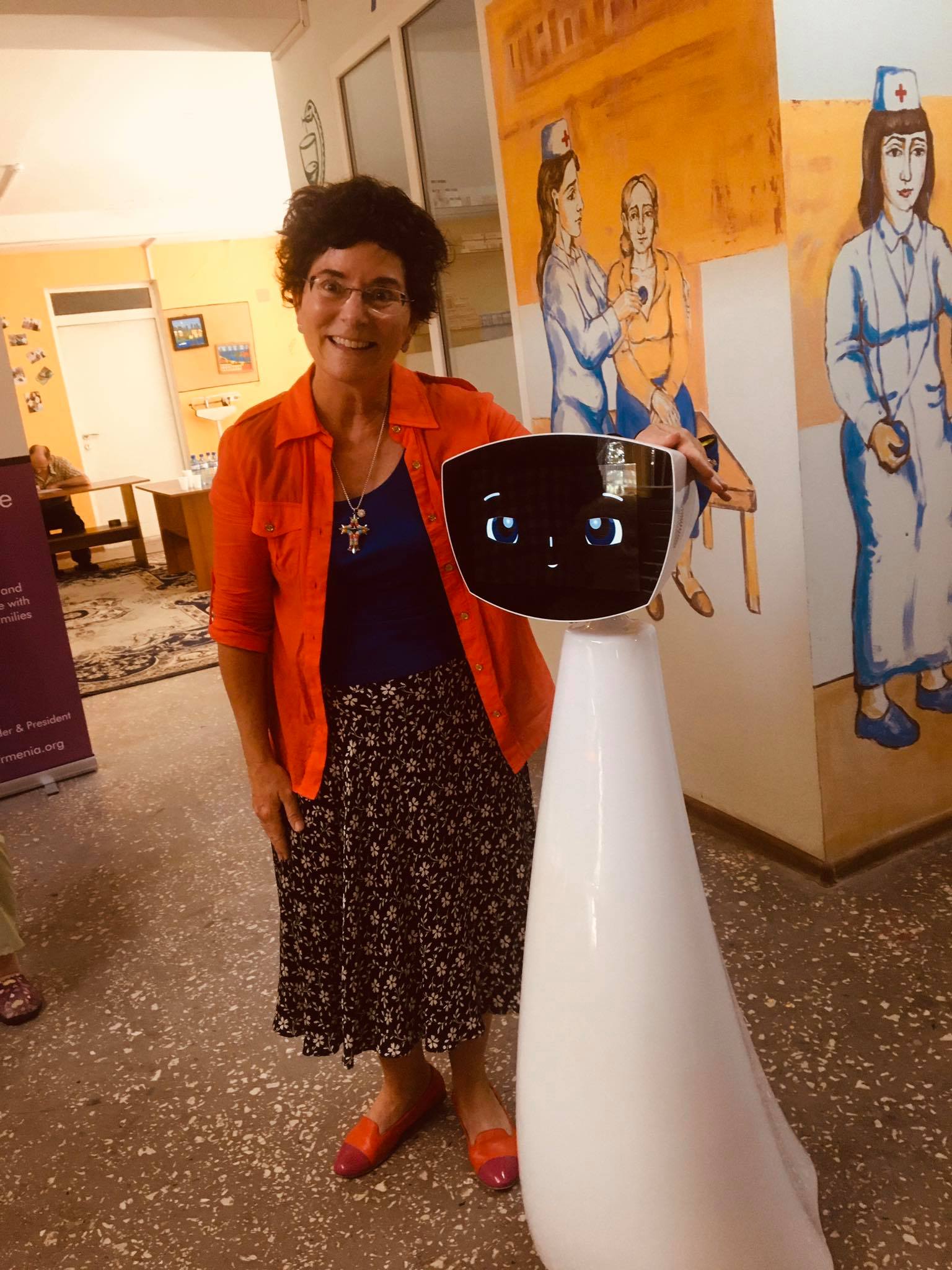 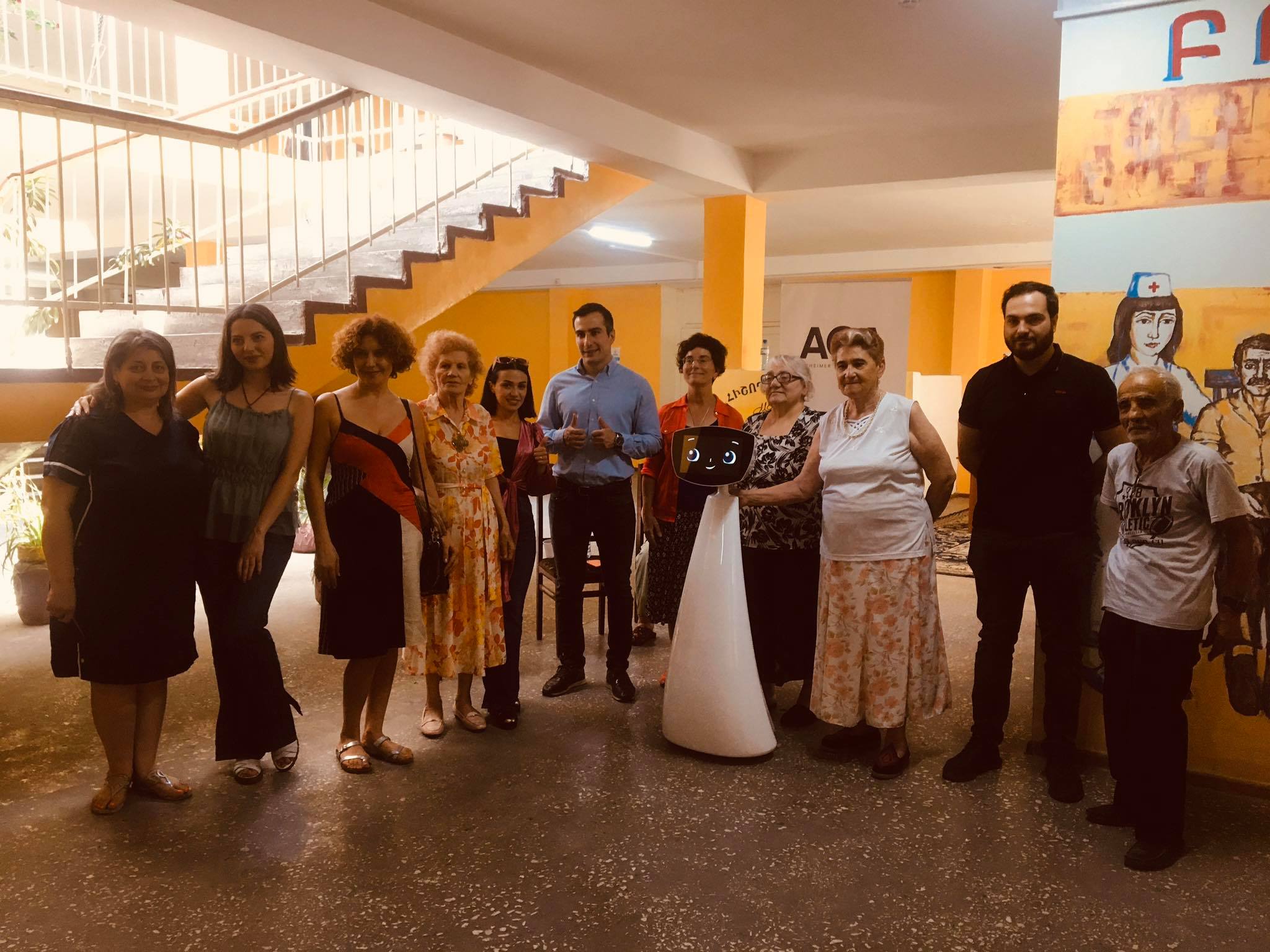 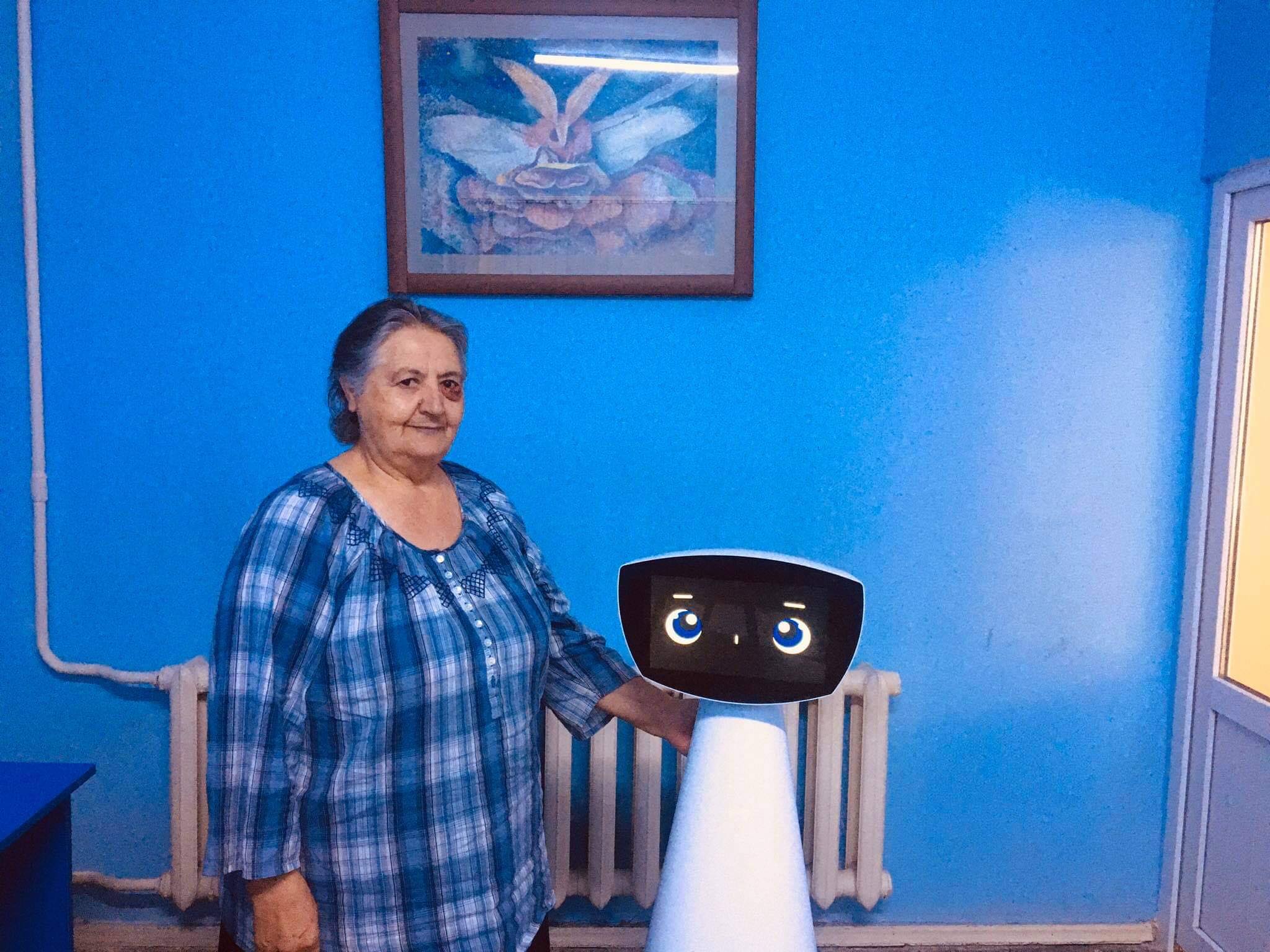 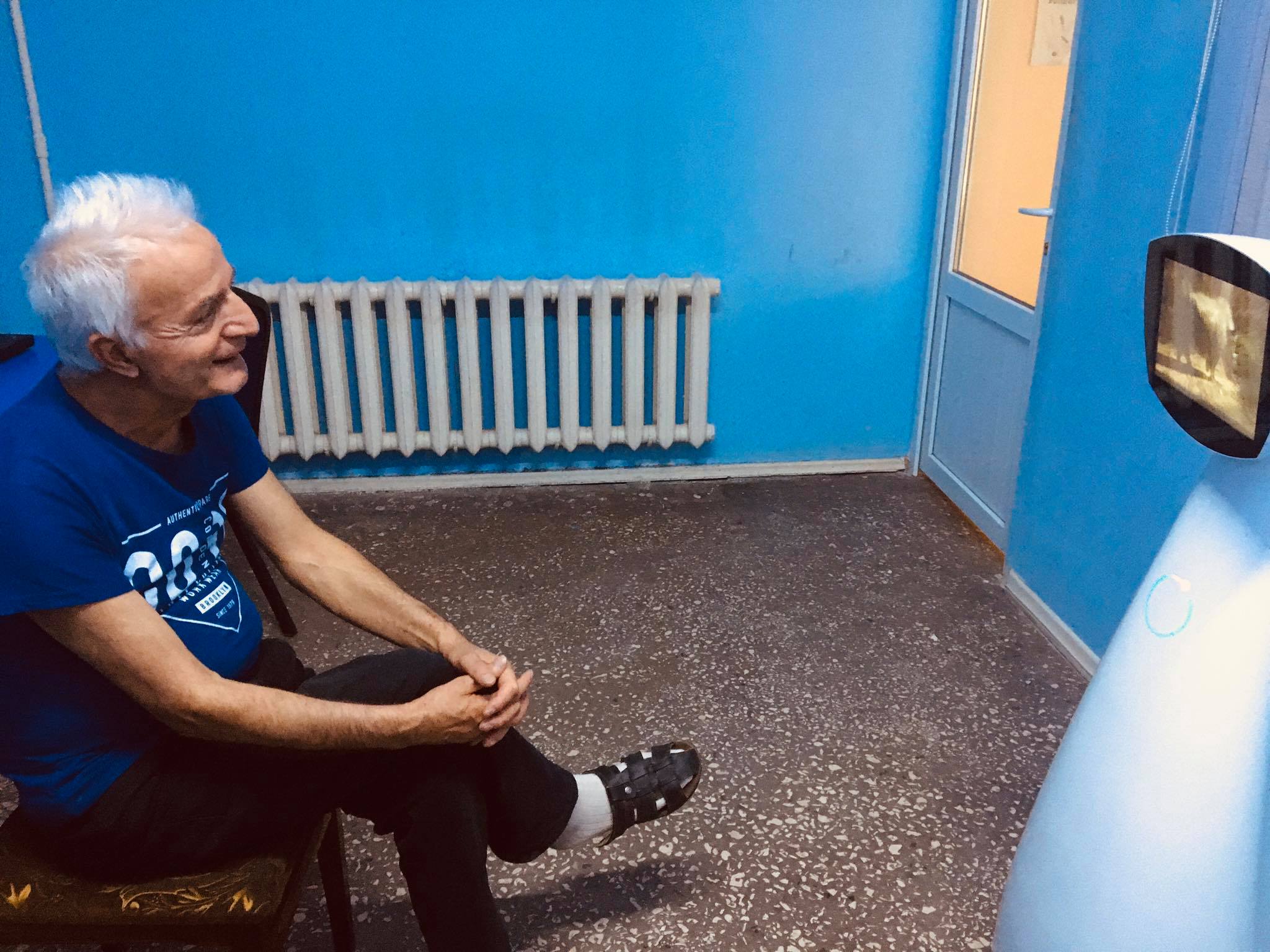 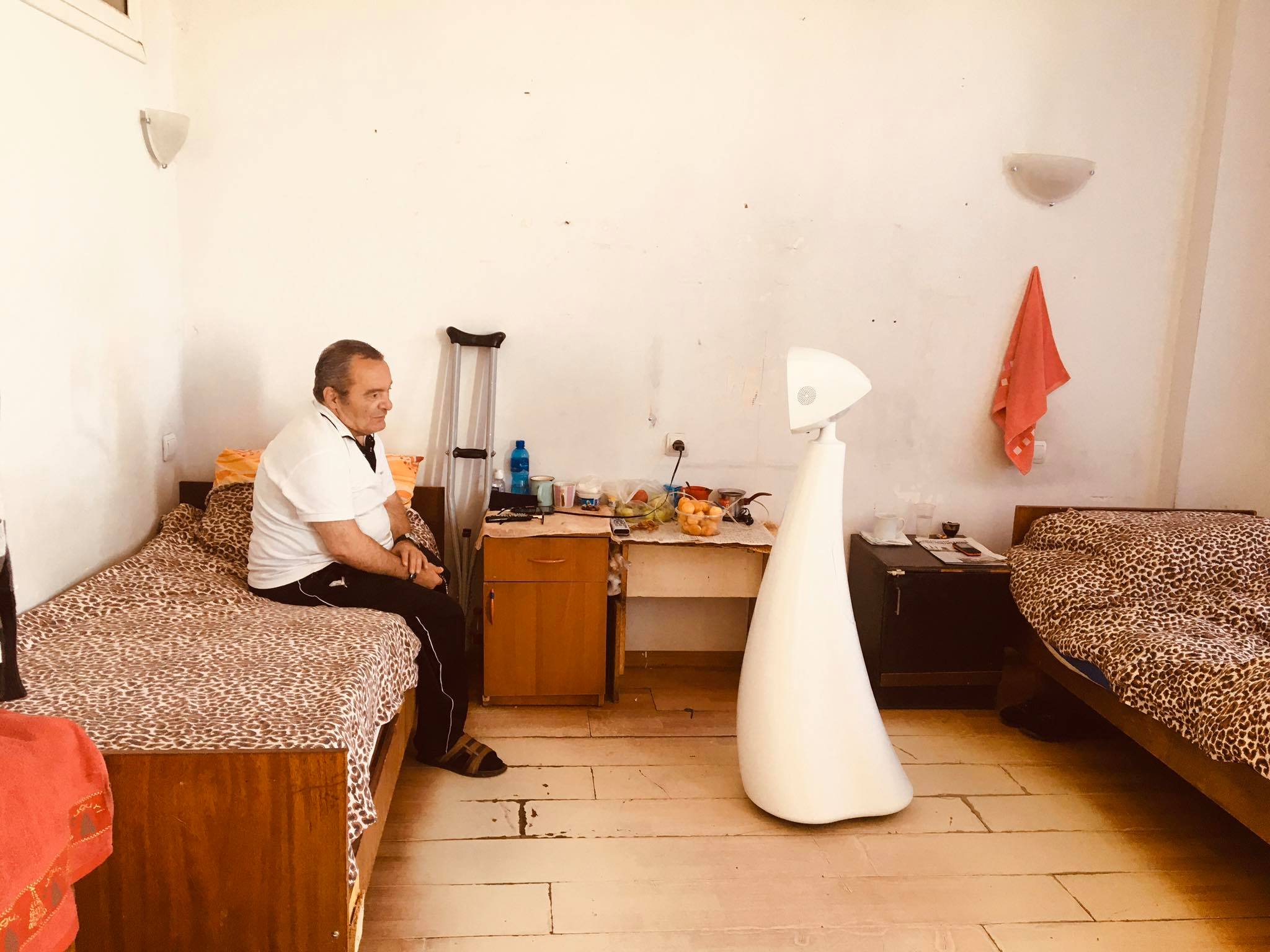