What is obstructing the fight against COVID-19 in Armenia? 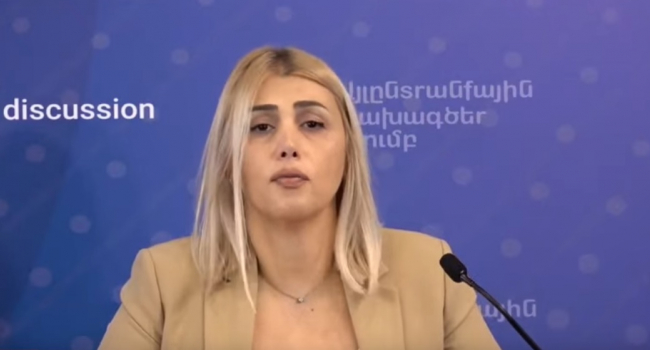 
Vaccines are the most effective way to fight against the coronavirus pandemic, but the methods that the authorities are using to try to force people to get vaccinated won’t be effective. This is what deputy of the National Assembly of Armenia Elinar Vardanyan said during today’s panel discussion entitled “Towards Dictatorship: Regression from Rights”.

According to her, no matter how much the authorities use coercion, there won’t be any outcome so long as there is no atmosphere in which citizens will trust the government and the proposed solutions.

Vardanyan stated that there are people around the world who are skeptical about vaccination, and the Armenian authorities need to be able to talk to the people so that the lack of confidence in the authorities doesn’t grow deeper.

Vardanyan says the key factor that doesn’t contribute to the fight against the pandemic is the lack or absence of trust in the authorities, which declare that they have 680,000 voters, but the majority of those citizens are against vaccination or aren’t ready to get vaccinated.

“The failure of vaccination means people simply don’t trust the government. The figures might be technically reduced through threats and methods of force, but it will be impossible to regain the trust,” Vardanyan said.

According to the MP, people also don’t trust the coronavirus testing in Armenia. When it turned out that unvaccinated citizens need to get tested often, the prices of COVID-19 tests sharply dropped, and people realized that tremendous profits were made over the past two years since they could have gotten tested for AMD 5,000-7,000 instead of AMD 15,000-20,000.

The bill on vaccination of the primary figures is also discriminatory. The bill states that the President, Prime Minister and Members of Parliament shall not be obliged to get vaccinated. They say most of them are vaccinated, but if this is the case, it would be right to show the public the evidence.

Moreover, the authorities’ dual approaches to the risks of the pandemic also don’t instill trust.