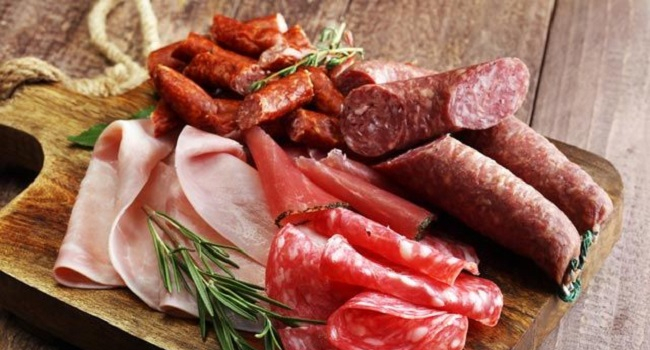 
Along with foods that have a rejuvenating effect, there are also those that cause the opposite process in the body, Arguments and Facts reported.

According to Professor of Medicine Alla Pogozheva, aging is associated with the development of age-associated diseases. First of all, these are cardiovascular, cancer, and cataract. To prevent them, it is necessary to limit saturated animal fats in a diet. They are contained in beef, lamb, pork, so it is better to limit their use.

Milk fat also contains a lot of saturated fatty acids, it is desirable to limit it: 1.5% in kefir and milk, 5% in cottage cheese, 10% in sour cream.

The exception is fish oil, which has a lot of omega-3 fatty acids. Fish should be included in your diet at least twice a week. Fish is also good because it contains vitamin D.

A lot of salt is contained in processed meat products: sausage, bacon, all delicacies and smoked meats, in canned foods - vegetables, fish.

Products with added sugar are also considered unhealthy. These are all confectionery products, dairy desserts, sauces. WHO recommends reducing the intake of added sugar in foods to 25 grams per day - that is 3-4 teaspoons.

The exception is the natural sugar in fruits.

The whiter the bread, the more useless it is. It is essentially empty in calories. When making high-grade flour, dietary fiber and B vitamins, micro- and macronutrients are removed from the grain. Lack of dietary fiber worsens the gastrointestinal tract, and its health depends on the condition of the skin, among other things.