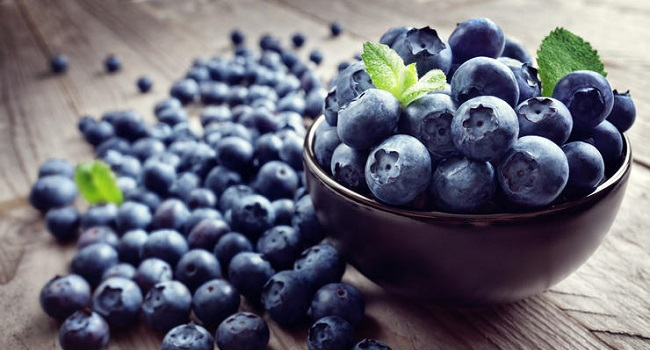 
Regular consumption of blueberries reduces the risk of dementia, neurologists and nutritionists from the University of Cincinnati said.

They gave details in an article in the journal Nutrients.

The researchers observed 33 patients 50-65 years old, overweight, prediabetes and moderate memory impairment - people with such characteristics have an increased risk of developing dementia and other diseases in the future, Gazeta.ru reported.

Study participants for 12 weeks gave up berries and fruits - instead they received a powder, the content of trace elements equivalent to half a cup of blueberries, and half - a placebo. Tests measuring memory and cognitive function showed improvement in the first group.

"This manifested itself in reduced interference of extraneous information with learning and memorization," the scientists noted.

Blueberries are rich in anthocyanins, antioxidants that help reduce inflammation levels, improve metabolism and increase energy production in cells. Exactly how blueberries affect brain function remains to be seen, but the study shows that a healthy diet and regular consumption of certain foods can reduce the risks of developing dementia.