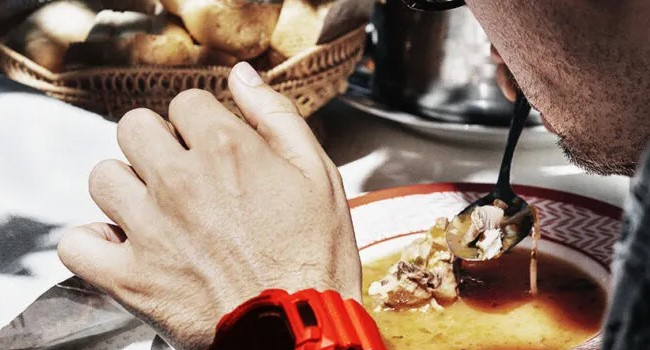 
Numerous studies have shown that caloric restriction increases the average lifespan of mice.

But in most of these studies, scientists put laboratory mice on a calorie-restricted diet during the day.

This prompted researchers at the University of Texas Southwestern Medical Center to examine whether meal timing affects longevity with calorie restriction.

Unlike humans, mice lead nocturnal lifestyles, which means they have evolved to eat at night.

So for their study, scientists used automatic feeders so that some of the mice would only eat at night.

To determine if the timing of food intake affects lifespan, they divided the animals into six groups. In one group, the animals could eat as much as they wanted and when they wanted.

The other 5 groups were fed a calorie-restricted diet (30-40% fewer calories) with the same total number of calories, but with different feeding schedules.

The average lifespan of the free-feeding control mice was 800 days, while the mice on the calorie-restricted diet with 24-hour access to food lived 875 days, or 10% longer.

Mice on the calorie-restricted diet that ate only during the day (the inactive phase of the circadian cycle) and fasted for 12 hours at night lived 959 days. In other words, they lived almost 20% longer than the control individuals.

But calorie-restricted mice, which ate only during the active phase and then fasted for the remaining 12 hours, lived the longest. These animals lived an average of 1,068 days, nearly 35 percent longer than the control animals.

The scientists reported their findings in the journal Science.

The researchers also found that calorie-restricted diets improved glucose regulation and insulin sensitivity in the animals, but the greatest improvements were seen in mice that ate only at night (during their active phase).

If the results are indeed applicable to humans, in whom the active phase is the opposite of the mouse phase, the scientists suggest that eating in the early evening is best for healthy aging.

It may even be possible someday to develop drugs that target circadian genes or the proteins they produce to mimic the anti-aging benefits of eating only during the active phase.