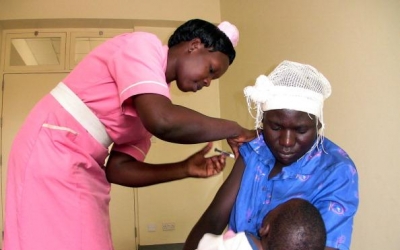 
A recent study may have found a biological explanation for why certain types of injectable and oral contraceptives can put women at increased risk of HIV infections. The study suggests these medications may suppress the vaginal immune response in certain women, a finding which sheds new light on the possible impact hormonal contraceptive methods can have on the vaginal environment.

Over the years, different studies have produced conflicting results on whether or not a relationship between hormonal contraceptives and HIV infection risk actually exists. However, the new study, published in the journal mBio, will hopefully set the record straight. According to lead author Dr. Raina Fichorova in a recent statement, the link does exist and the reason for previous inconsistencies in research “lies in the microbial communities of the reproductive tract.”

An individual’s risk of contracting HIV heavily depends on their method of exposure. Blood transfusions have the highest risk of HIV transmission followed by receiving anal sex. According to the Centers for Disease Control and Prevention, the transmission risk for women who have vaginal intercourse with an HIV-positive man is about eight every 10,000 exposures. Of course, this number does not take into account factors that may increase transmission risk (such as already having an STD) or those that may decrease the risk (such as using a condom, which reduces the risk by up to 80 percent). Part of the reason why a woman is not guaranteed to contract HIV after exposure is because the vagina’s immune system provides a natural defense against infections and helps to form a protective barrier of mucous between a woman and potential pathogens.

The study’s results revealed that both DMPAs and oral contraceptives inhibited the vagina’s natural defense and thus put the women at an increased risk of contracting the viral and bacterial pathogens. However, this risk increase does not extend to all women taking these forms of contraceptives. According to the authors, the effects of hormonal contraceptives on cervical immunity “depend on the genital tract microenvironment,” and “a weakened mucosal barrier against HIV” may result from the combination of both hormonal contraceptive use and pre-existing infections.

Women who had vaginal infections such as bacterial vaginosis or disturbed microbial environments in their vagina were observed as being most at-risk for HIV infections. For example, results showed that women who had herpes or disturbed vaginal microbiota and took levonorgestrel-containing oral contraceptives were more likely to have increased levels of proteins that attract HIV host cells. Also, DMPA appeared to suppress a woman’s immune responses to Trichomonas vaginalis, a widespread parasite that aids HIV infection.

Along with clarifying the link between contraceptive use and HIV, the findings also highlight the importance of further investigating the possible effects that hormonal contraceptives can have on female reproductive health.

“Studies of new contraceptive methods should evaluate how they impact the microbial environment and how they act in concert with preexisting, treatable microbial disturbances, to weaken the mucosal barrier against HIV and other infections,” Fichorova explained in a statement.

According to Fichorova, the ultimate goal is to prevent the unwanted side effects of available hormonal contraceptives and improve the lives of millions of women throughout the world. "Women deserve to know more so that they can make informed choices about birth control.