Millennials' health plummets after the age of 27: Study finds the generation has unprecedented rates of diabetes, depression, and digestive disorders 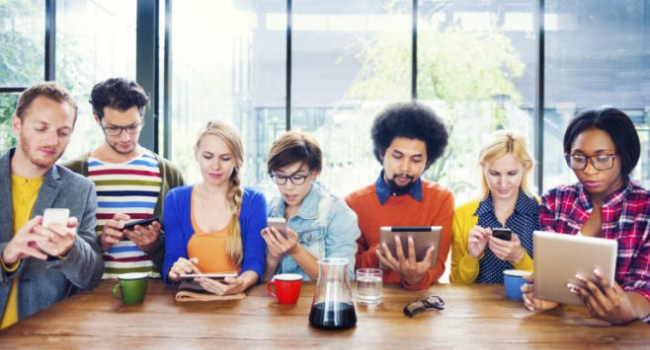 At least if you're a millennial, chronic conditions and diseases start to rear their heads in your late-20s, and from there things continue to deteriorate, according to a new Blue Cross Blue Shield report.

Millennials, as a generation, are in overall poorer health than their predecessors, Gen X-ers, with higher rates of depression, hyperactivity, substance misuse, type 2 diabetes and Crohn's disease, among other chronic conditions.

The report authors warn that the healthcare community needs to be aware that millennials are facing growing and perhaps unprecedented health concerns that could cost them years of life and cost the US economy money and productivity.

And older millennials find themselves at the heart of these, according to the new report.

Blue Cross Blue Shield analyzed data on 55 million millennials - people who were between 21 and 36 in 2017 - to calculate the overall health score of the generation (which encompasses 73 million Americans in total).

As a whole, the generation did pretty well, getting a 95.1, which means that just over 95 percent of the age-group was living at their optimal health that year.

But the story of the era of era of the selfie, avocado toast, influencers and a certain non-confrontational shade of pink turns darker with age.

When the researchers narrowed their focus to older millennials, ages 34-36, they found higher rates of nearly all of the top 10 most common conditions than were seen in generation X at the same ages - despite the fact that 83 percent of millennials think they are in 'good' or 'excellent' health.

Millenials have only made gains over gen X-ers in one top 10 condition category, according to the new study. Three percent fewer millennials have 'psychotic conditions' than did members of Generation X in 2014.

The rise of the inflammatory bowel disease should be a concern to health officials and millennials' providers as it is a significant risk for colorectal cancer, which is striking - and killing - more and more Americans at younger ages.

Perhaps unsurprisingly, as the obesity epidemic continues to grip the US, type 2 diabetes has been more common, affecting 4.1 out of every 100 millennials (a 19 percent increase from gen X-ers).