41-year-old man euthanized for his alcohol addiction in Netherlands 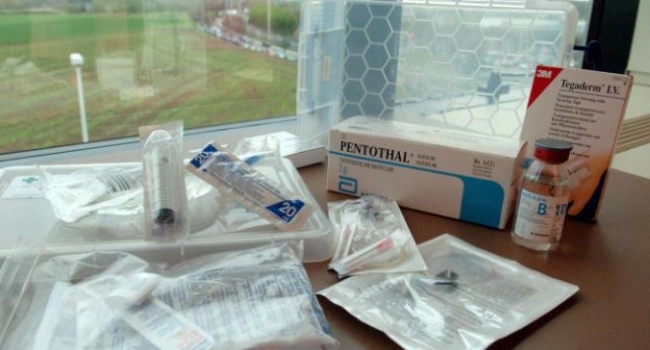 In Netherlands, a 41-year-old man was permitted to be euthanized for he could no longer withstand his life as an alcoholic. Mark Langedijk specifically selected the day of his death at the house of his parents. Prior to receiving the lethal injection, he spent the day telling jokes, eating snacks, and drinking beer with his family members.

His brother, Marcel Langedijk, opened up about Mark’s predicament to the magazine Linda. As per Marcel, his brother grew up with a happy childhood in a loving home. His addiction to alcohol began to surface eight years ago. Marcel said that they did everything they could to help Mark.

After undergoing 21 stints in rehab, their parents continued to hope. They were positive that Mark could still get his own happy ending. However, their hopes crashed when Mark said that he wanted to die. They initially thought that he wasn’t serious, but then he applied for euthanasia. His application was then approved by a doctor and member of the country’s Support and Consultation on Euthanasia.

As per Marcel’s story, his brother “laughed, drank, smoked, ate ham and cheese sandwiches and soup with meatballs.” When the doctor arrived a little past 3 p.m., everyone, including Mark, started crying.

It was in year 2000 when euthanasia was formally legalized in the country. The move made Netherlands the first in the world to permit euthanasia as long as specific provisions outlined by the Government of Netherlands are met.

“Requests for euthanasia often come from patients experiencing unbearable suffering with no prospect of improvement. Their request must be made earnestly and with full conviction. They see euthanasia as the only escape from the situation. However, patients have no absolute right to euthanasia and doctors no absolute duty to perform it.”

For a doctor to be free from the possibility of being criminally prosecuted, the patient must make clear, repeated, and well-justified requests to die. The patient is also required to consult a second doctor and if he or she receives approval, the process must be carried out in a medically approved manner.

Fiona Bruce, a Conservative MP and Chairman of the Parliamentary All-Party Pro-Life Group, told the Daily Mail that Mark’s death was “deeply concerning.” She said that it’s another reason why euthanasia should never be legalized in the U.K. “What someone suffering from alcoholism needs is support and treatment to get better from their addiction – which can be provided – not to be euthanised,” she maintained.

Marcel heard of her statement. He told the Independent that telling yourself that “everyone is curable” is an illusion. He insisted that his brother did not choose an easy way out, just the humane way.

“If that’s troubling for Mrs. Bruce, that’s a pity. I am just glad my brother did not have to jump in front of a train or live a few more years in agony before dying of his abuse. Alcoholism and depression are illnesses, just like cancer. People who suffer from it need a humane way out.”

He similarly defended the country for those who think that the doctors just go around granting euthanasia to anyone. Mark, he said, took a year and half and a lot of stringent requirements before being granted the right to end his life.