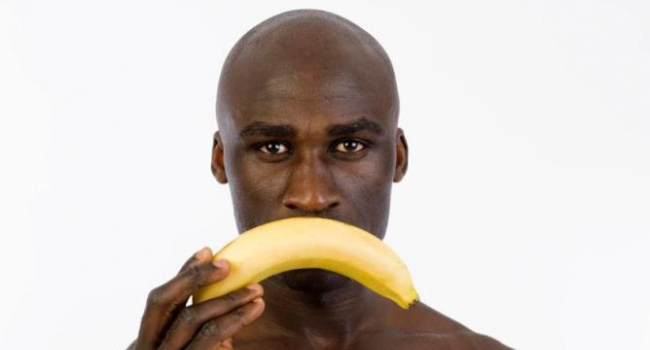 A 35-year-old British man was left with a nine-day erection after falling off his moped and bruising his genitals.

The bruise to his perineum - the area between the genitals and anus - in the crash, nine days before his visit to a UK hospital, caused a constant flow of blood to his penis.

It meant that he was left with a Grade IV erection - the highest level on a medical scale known as the Erection Hardness Score - for nine continuous days.

The man's case was revealed in a case study published last month in the journal Case Reports in Urology.

The report described how, although the erection was not painful, the man did experience 'mild discomfort in walking'.

Doctors said: 'On examination there was a grade IV erection with a rigid base and shaft with slight dorsal curvature of 10 degrees, which was nontender.

'There was a superficial haematoma (bleeding) present to the scrotum and base of penis.'

Ninety five percent of cases of priapism - where an erection lasts too long - are caused when blood cannot leave the penis because of a blockage of blood vessels.

This is known as low-flow priapism. Drugs to treat erectile dysfunction and neurological conditions are common causes, though most conditions are unexplained.

However, the 35-year-old man had high-flow priapism, which instead meant that blood would not stop flowing to his penis.

This usually occurs when blood vessels surrounding the genitals are ruptured because of physical trauma.

The bruising caused by the fall from the moped created a pooling of blood and two fistulas - small channels which redirected the blood to vessels that generated his erection.

While low-flow priapism is generally an emergency because a blockage can kill tissue and damage the penis, high-flow cases are less dangerous.

Even though around 60 percent of cases resolve on their own, the man opted for an invasive procedure to treat it.

It involved doctors using a catheter to pick out the arteries which were feeding the erection, creating blood clots to stem the flow of blood to the fistulas.

They then opted for a foam which broke down one of the fistulas within four to six weeks, while for the other they used a microcoil designed to a blocked blood vessel.

The man's condition improved soon after, though it was some time before he regained normal use of his penis.

A year later, he told doctors that he had normal erectile function.