Operating room of MC in Armenia’s Ashtarak repaired, re-equipped thanks to donations from Armenians of US 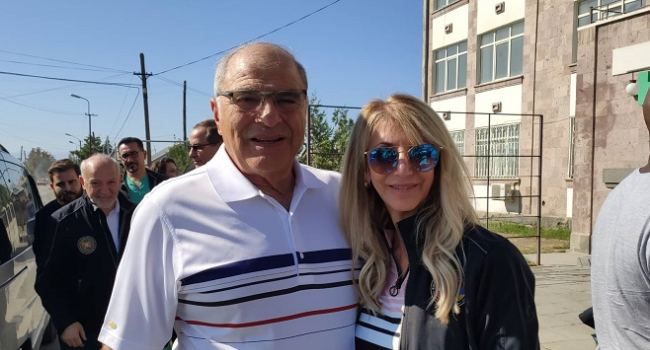 The official opening of the operating medical center in the city of Ashtarak, which was repaired and re-equipped thanks to donations from Armenians from the US, will take place on October 4, but otolaryngologist Brian Tankenson (US) has already managed to conduct several operations there.

Dr. Tankenson operated in the same clinic, in the same operating room last year, and the difference, according to him, is enormous.

Doctor arrived in Armenia as part of the fifth Armenian Medical Mission. And last year, and this year he conducted free operations in Ashtarak.

According to him, last year the operating room was not in the best condition, and the surgeon had much less opportunities there. Moreover, there was no room for intensive care where patients were transferred immediately after surgery. Now, according to the doctor, the operating room is simply not recognizable, in addition, there is an intensive care room already equipped by American standards.

According to Honorary Consul of Armenia in Fresno Berj Apkarian, the operating room was completely repaired thanks to the donation of Armenians from the US - Keri Gabejan and Matevos Matoyan. About $ 325,000 was spent on repairs, and over $ 200,000 was spent on new equipment, he told NEWS.am Medicine.

Keri Gabejan told NEWS.am Medicine that her grandparents were from Armenia.

Grandmother told her a lot about how they had to flee to the US during the Armenian Genocide in the Ottoman Empire. This is the first visit of Mrs. Gabejan to Armenia, and the first thing she visited was the monument to the victims of the Genocide and the museum.

The fate of Matevos Matoyan’s grandmother and grandfather was very similar to the fate of ancestors of Keri Gabejan, they also fled during the Genocide and settled in the US. Their children and grandchildren were born there.

Desiring to help their distant homeland, Keri Gabejan and Matevos Matoyan decided to donate money to the Armenian Medical Mission, as well as come to Armenia and finally see the country with their own eyes.