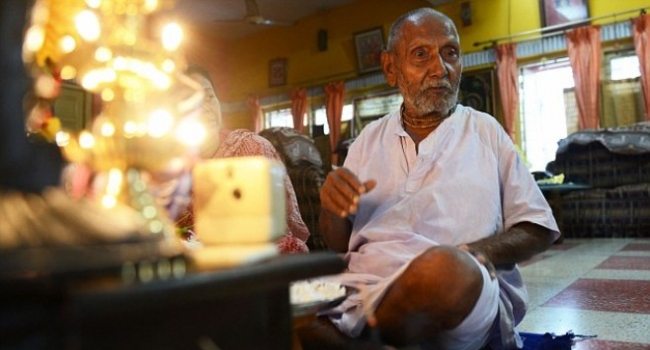 Most people agree that the key to a long life is plenty of exercise and healthy eating. But one Hindu monk, who claims to be 120 years old, says that the secret to his incredible longevity is down to having no sex or spices.

According to his passport, Swami Sivananda was born on 8 August 1896, meaning that if his claim is accurate, his life has spanned across three centuries.

And despite his incredible age, he’s still got the core strength to practise yoga for hours every day.

Swami grew up in the holy city of Varanasi in extreme poverty and, when at six years old his parents died, he was given by his relatives to a spiritual guru with whom he travelled around India.

He later decided to become a monk to practise ‘yoga, discipline and celibacy’.

‘I lead a simple and disciplined life,’ he tells AFP.

‘I eat very simply – only boiled food without oil or spices, rice and boiled daal with a couple of green chilies.’

He says he avoids milk or fruit as he thinks they are ‘fancy’.

‘In my childhood, I slept many days on an empty stomach,’ he says.

Standing at 5ft 2in, Swami still sleeps on a mat on the floor, with a wooden slab as a pillow.

Swami is now applying to the Guinness World Records to verify his claim and to knock the current champion – Japan’s Jiroemon Kimura who died at 116 years old in 2013 – off the top position as the oldest man to have ever lived.

Fit and well, Swami lives alone and still travels unaided. He says that his followers persuaded him to come forward to claim the record. Previously he was worried about inviting publicity into his life.

He lives without technology, saying that ‘earlier people were happy with fewer things’.

‘Nowadays, people are unhappy, unhealthy and have become dishonest – which pains me a lot,’ he says.

‘I just want people to be happy, healthy and peaceful.’ 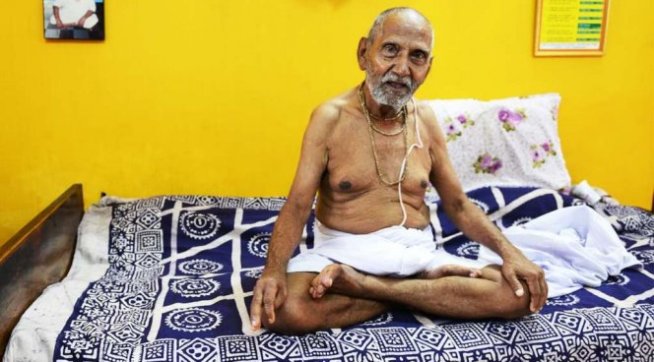 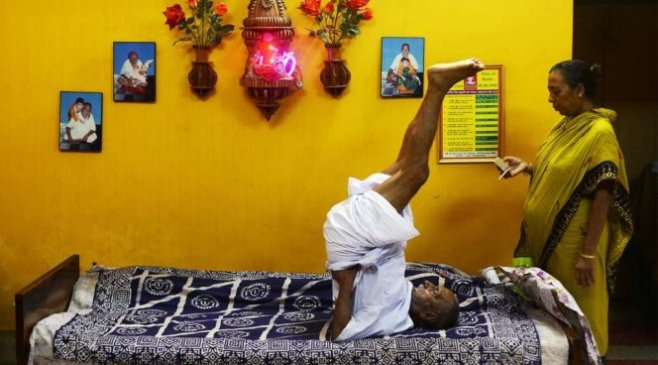 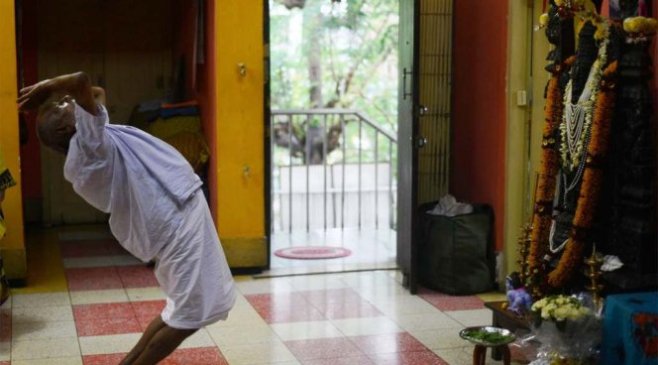 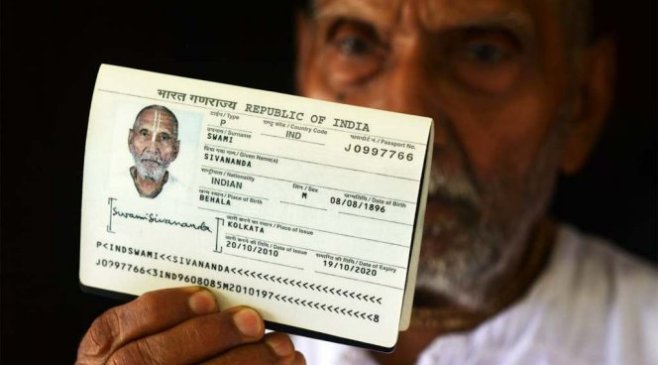 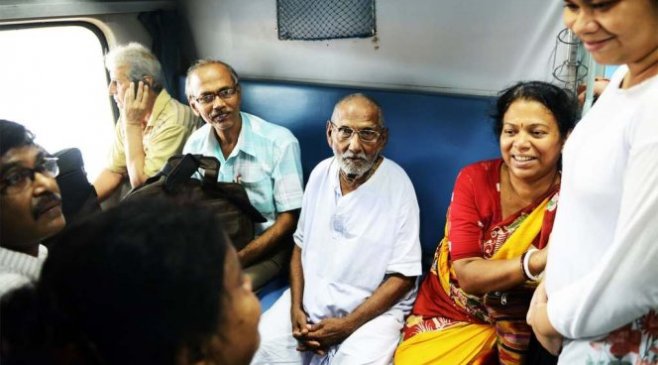