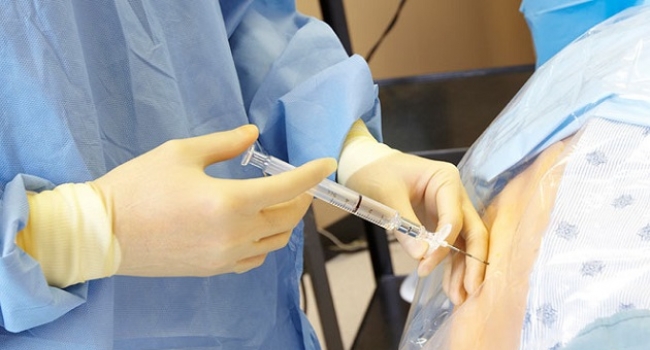 Everyone knows how childbirth can be a long and painful process for an expecting mother. Epidural anaesthesia is the most popular method used by gynaecologists to reduce the pain caused by labour. For an epidural, expecting mothers will be put on intravenous (IV) fluids and the procedure is performed either by a gynaecologist or an anaesthesiologist.

In this procedure, a needle is inserted into the small of the back after that area is injected with a local anaesthetic. Following that, a catheter or small tube is inserted through the needle into the epidural space. After that, your doctor will carefully remove the needle which puts the catheter in place. Here’s all you need to know about epidural anaesthesia for painless labour.

While there are different types of epidurals that provide pain relief for nearly 4-8 hours, many women hesitate to ask for an epidural as they are worried about what effect it could have on their body and baby. We spoke to our expert, Dr Uma Vaidyanathan, Senior Consultant Gynaecologist and Obstetrician, Max Hospital, New Delhi, who debunked these five common myths about epidurals.

1. Use of epidural anaesthesia can interfere with breastfeeding

‘The whole point of the procedure is to anaesthetise pain during labour, so it has nothing to do with the patient’s breasts,’ adds Dr Vaidyanathan.

2. If you have an epidural, you will need to undergo a C-section

This myth is only half true as you won’t necessarily need to opt for a C-section delivery if you choose to get an epidural. However, gynaecologists say that in some cases, an epidural could result in a dysfunctional labour due to which a natural delivery won’t be possible. This is because epidurals are known to slow down the progress of labour.

‘An epidural causes a numbing sensation due to which the expecting mother might not feel contractions during labour. It is known to cause delays in labour and when the mother complains that she feels too tired, we have to opt for C-section instead of a natural delivery. So, yes, epidurals do cause an increase in the rate of C-section deliveries,’ she says.

While reading how an epidural is done, it might sound uncomfortable and painful, but gynaecologists say that it is not a painful procedure. On the contrary, getting an epidural done can help in making childbirth a lot less painful.

4. It could harm the baby

This is yet another myth that is far from the truth. Gynaecologists say that epidurals are completely safe and don’t harm your baby in any way. ‘Before, after and during an epidural, the mother is continuously monitored by doctors and the nurse. There is no link between an epidural and the baby getting affected by the drug,’ she assures.

5. Epidurals have many side-effects

Expecting mothers can breathe easy, getting an epidural done to reduce the pain caused by childbirth won’t harm your body in any way. The only side-effect of an epidural is backaches post delivery. However, good post delivery care and regular exercises after discharge from the hospital can go a long way in reducing any back ache.