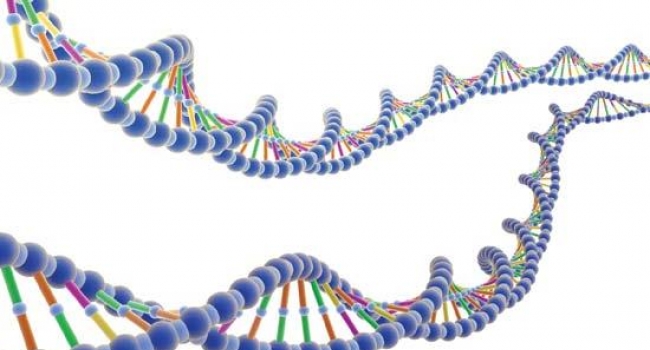 Last May a seemingly commonplace meeting kicked off a firestorm of controversy. More than 100 experts in genetics and bioengineering convened at Harvard Medical School for a meeting that was closed to the public — attendees were asked not to contact news media or to post about the meeting on social media.

The same group is getting back together in New York City next week.

To the meeting organizers, last year's secretive measures were, counterintuitively, to make sure as many people heard about the project as possible. They were submitting a paper about the project to a scientific journal and were discouraged from sharing the information publicly before it was published.

But there's another reason why this group of scientists, while encouraging debate and public involvement, would be wary of attracting too much attention. Their project is an effort to synthesize DNA, including human DNA. Researchers will start with simpler organisms, such as microbes and plants, but hope to ultimately create strands of human genetic code. One of the group's organizers, Jef Boeke, director of the Institute for Systems Genetics at NYU School of Medicine, told CNBC that incorporating synthesized DNA into mammalian (or even human) cells could happen in four to five years.

This project follows in the footsteps of the Human Genome Project (HGP), the 13-year, $2.7 billion project that enabled scientists to first decode the human genome. "HGP allowed us to read the genome, but we still don't completely understand it," said Nancy Kelley, the coordinator of the new effort, dubbed GP-write.

Harvard geneticist George Church, a member of the GP-write leadership group, poses for a portrait inside his lab at Harvard Medical School. He is one of the hosts of the New York City GP-write meeting on May 9-10, 2017.

Harvard geneticist George Church, a member of the GP-write leadership group, poses for a portrait inside his lab at Harvard Medical School. He is one of the hosts of the New York City GP-write meeting on May 9-10, 2017.

High school biology covers the basic building blocks for DNA, called nucleotides — adenine (A), cytosine (C), guanine (G) and thymine (T). Humans' 3 billion pairs provide the blueprints for how to build our cells. The intention of GP-write is to provide a better fundamental understanding of how these pieces work together. Using synthesized genomes has both pragmatic and theoretical implications — it could lead to lower cost and higher quality of DNA synthesis, discoveries about DNA assembly in cells and the ability to test many DNA variations.

"If you do that, you gain a much deeper understanding of how a complicated apparatus goes," Boeke said. Boeke likens the genome to a bicycle — you can only fully understand something once you take it apart and put it back together. "Really, a synthetic genome is an engine for learning new information."

"[Cell lines] have been cultured in dishes in labs for decades. But you can't engineer the genomes — the tools for doing that are quite crude, relatively speaking," Boeke said. Sometimes these cells get infected with a virus, and it completely shuts down drug production. A synthetic cell that lacked unnecessary genetic material could, evidence suggests, be virus-resistant, consistently producing useful drugs to treat disease.

The results of GP-write could also lead to stem cell therapy that doesn't run the risk of infecting the patient with another disease, which appears to be what happened to one patient who received stem cell treatment in Mexico. Or they could create a line of microorganisms that could help humans generate some of their own amino acids — nutrients we usually get from food.

"We have a four- to five-year period where there can be plenty of time for debate. ... Whenever it's human, everyone has an opinion and wants their voice to be heard. We want to hear what people have to say." -Jef Boeke, GP-write organizer and director of the Institute for Systems Genetics at NYU School of Medicine

These outcomes, of course, won't happen overnight. Boeke, who has spent years synthesizing yeast DNA, knows there will be plenty of technical hurdles. "Getting big pieces of DNA efficiently into mammalian cells, engineering them rapidly, these will be major challenges," he said.

Scientists will also have to do that without breaking the bank. Right now, Kelley estimates that it costs 10 cents to synthesize every base pair, the bonded molecules that make up the double helix of DNA (start-up GenScript advertises even higher prices, at 23 cents for "economy"). Considering that humans have 3 billion base pairs. "If we can get that [cost] down to one cent per base pair, it would really make a difference," Kelley said.

Since last May's meeting, Kelley, Boeke and their collaborators have published an article in Science about the project, as well as a white paper outlining its timeline. Close to 200 researchers and collaborators around the world have expressed interest in participating, Kelley says, ranging from institutional researchers to corporate scientists. Preliminary experiments are already underway, and the project organizers are discussing the project with companies as well as federal and state agencies that might help them reach their goal of raising $100 million this year. They estimate GP-write should cost less, in total, than the $3 billion Human Genome Project, though they have not provided more specific cost projections.

It might not be so bad if these advances took some time. After news broke of the May meeting, some criticized the way the rollout was handled. "Given that human genome synthesis is a technology that can completely redefine the core of what now joins all of humanity together as a species, we argue that discussions of making such capacities real ... should not take place without open and advance consideration of whether it is morally right to proceed," read one op-ed, published in Cosmos.

Boeke says a public and scientific discussion is exactly what the GP-write organizers intend to have. "I think articulation of our plan not to start right off synthesizing a full human genome tomorrow was helpful. We have a four- to five-year period where there can be plenty of time for debate about the wisdom of that, whether resources should be put in that direction or in another. Whenever it's human, everyone has an opinion and wants their voice to be heard. We want to hear what people have to say," Boeke said.

Up to 250 people are expected at the New York Genome Center meeting, which will include discuss of applications, ethics and logistics behind the GP-write project.