Being overweight could be good for your health? 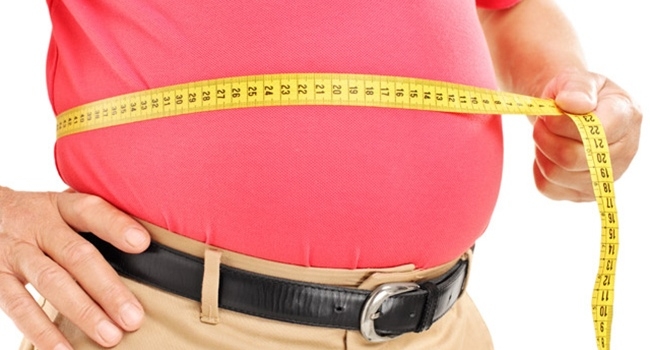 New research from over 1000 US hospitals presented at this year's European Congress on Obesity in Vienna, Austria, shows that obese and overweight patients hospitalised for pneumonia are 20-30% less likely to die than patients of a normal weight. The study is by Professor Shy-Shin Chang and Dr Yu-Jiun Lin, Taipei Medical University Hospital, Taipei City, Taiwan, and Dr Jon Wolfshohl, Department of Emergency Medicine, John Peter Smith Hospital, Fort Worth, TX, USA, and colleagues.

Obesity prevalence is increasing steadily throughout the world's population in most countries and pneumonia is one of the most common infectious diseases; however, there is uncertainty about an in¬verse relationship between obesity and pneumonia mortality. A previous me¬ta-analysis** has shown that an 'obesity survival paradox' exists for pneumo¬nia (where obese people had better survival), but high variability existed among these studies. This study aimed to determine the impact of being overweight and obese on pneu¬monia patients, by using data from almost 1.7 million patient episodes of pneumonia across 1000 hospitals in the USA.

Using the Nationwide Readmission database of the US from 2013 to 2014, the authors identified patients hospitalised with pneumonia. A pneumonia-associated hospitalisation was defined as one in which the discharge record listed a principal diagnosis of pneumonia or a secondary diagnosis of pneumonia if the principal diagnosis was respiratory failure or sepsis. Use of mechanical ventilation was used to stratify pneumonia of different severity. Hospitalized pneumonia patients were categorized into normal (body mass index [BMI] under 25), overweight BMI between 25 and 30), and obese (BMI over 30).

To minimise baseline differences between patients with different body weight, the authors carried out a technique call propensity score (PS)-matched analysis. PS contains 41 variables including demographics, social economic status, chronic comorbidities, and severity of pneumonia. Patients were matched 1:1:1 using this technique across the three groups of normal weight, overweight and obese. The authors then used computer modelling on the PS-matched pairs to assess the association between body weight and 30-day in-hospital mortality.

To investigate whether there was a differential risk of 30- day mortality among different obese populations, the authors stratified patients into different subgroups and adjust the risk for mortality using PS score (see Figure 1 full abstract). Although the survival benefit of obesity is consistent in all subgroups, patients with lower comorbidity burden/severity had substantially better survival. For example, being in the lowest co¬morbidity quartile compared with the highest is associated with 53% improvement in survival, and being in the group with the lowest severity of pneumonia was associated with 67% improvement in survival compared with the highest severity.

The authors conclude: "Using a large and nationally representative sample of over 1,000 hospitals in the US, we found that increase in body mass index was significantly associated with improved survival in patients hospitalised with pneumonia. We also found that severity and comorbidity burden had a modifying effect on survival."