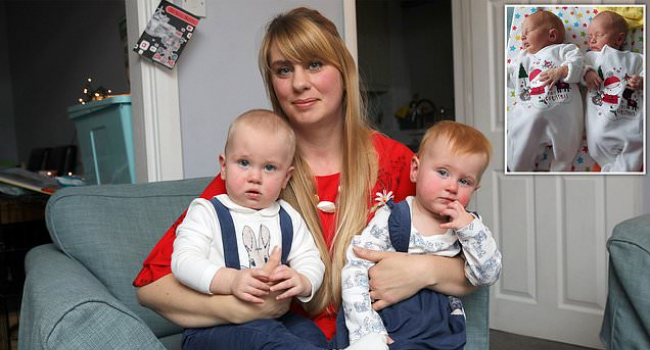 Vickie Sandilands feared she would never have a family when doctors warned she had 'more chance of winning the lottery' than ever becoming pregnant.

The 33-year-old, from Guisborough, North Yorkshire, was almost rendered infertile after undergoing chemotherapy to treat her breast cancer.

But she defied the huge odds and gave birth to natural twins, called Ella-Rose and Sebastian, two years after finishing her gruelling treatment. They celebrated their first birthday this week.

Ms Sandilands said: 'I was told I was practically infertile after cancer treatment and that it was more likely that I'd win the lottery.

'It wasn't until three years after my diagnosis and treatment that I started to feel really ill as though I was constantly hungover.

'I decided to take a test anyway but I didn't want to get my hopes up.'

She added: 'We couldn't believe it when we saw the two lines appear and at my two month scan we were told it was twins.

'Following my harsh cancer treatment I didn't think I'd be having one baby, never mind two. They were born at nearly 37 weeks and they were absolutely perfect.

'It was the best Christmas present to have Ella-Rose and Sebastian home for December 25 last year.'

Due to Ms Sandiland's family having a history of cancer, she opted to have genetic testing in September 2013, which revealed she had the BRCA1 gene.

Her doctors recommended she had a biopsy, which she underwent six months later in March 2014.

Ms Sandilands was told in October she had grade three breast cancer - the form of the disease which spreads the quickest.

At the same time as starting chemotherapy, she had her right breast removed.

She said: 'I had to have the aggressive form of chemotherapy as hormonal treatment wouldn't work for me.

'All of my hair fell out, it was terrible and the treatment made my chances of conceiving very slim.

'My family dreams were ruined in an instant but I was thankful to doctors saving my life.'

Her gruelling rounds of chemotherapy ended in April 2015. At the same time, Ms Sandilands had a mastectomy on her other breast.

She and her partner Chris Jessop, 32, were over the moon when they realised they were expecting twins in May 2017 - two years after she finished treatment.

Ella-Rose and Sebastian both weighed more than 5lbs when they were born - considered to be a low birth weight.

And after five days in hospital, they were finally released from hospital on Christmas Day last year.

Ms Sandilands has since had an hysterectomy - a surgical procedure to remove her womb, in hope of stopping the cancer from returning.

Prior to her miraculous pregnancy, the couple were looking into donor eggs, meaning the child would not have been biologically her.

She added: 'I was desperate to be a mum and while we'd not fallen pregnant after trying for three years, I was willing to try anything.

'The donor eggs was an option but thankfully my miracle pregnancy happened in May.

'Ella-Rose and Sebastian are so perfect and have completed our family, we are so grateful to be parents.

'It's crazy that they were released on Christmas but it makes this time of year extra special for us.' 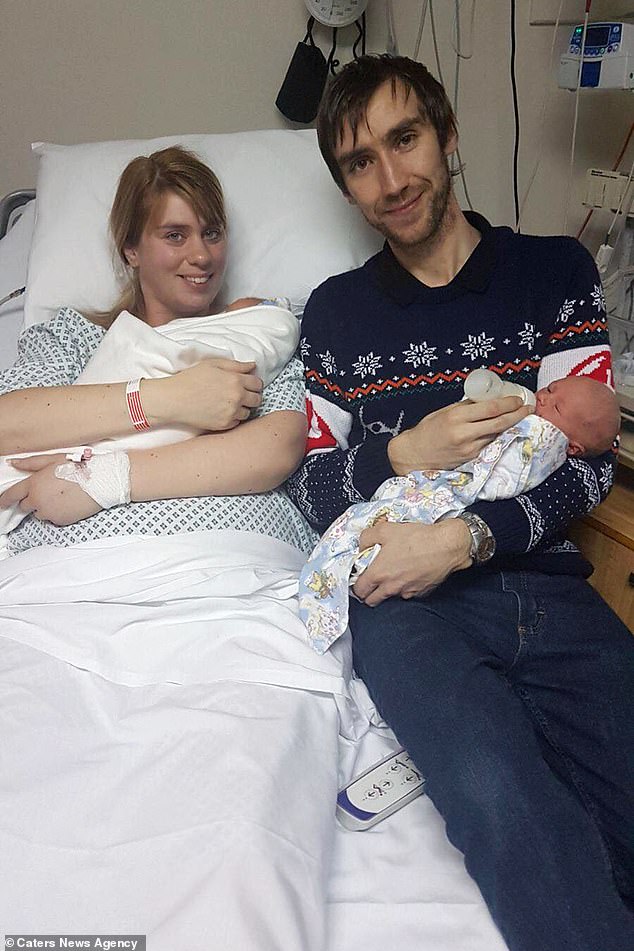 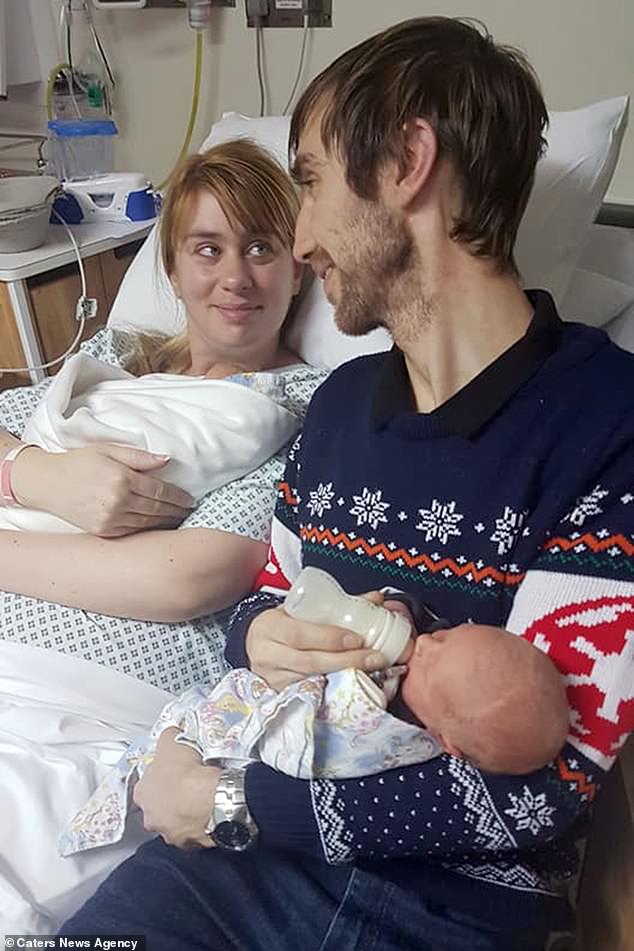 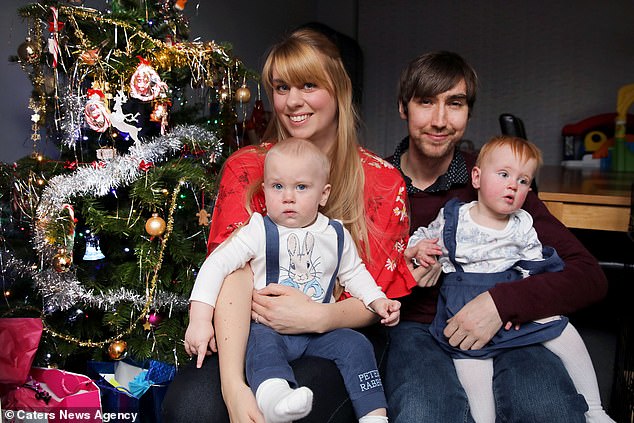