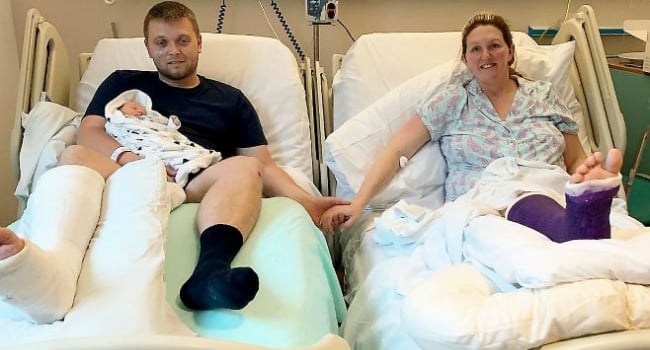 A pregnant woman had to have an emergency Caesarean after she was involved in a crash while on the way to hospital, BBC reported.

Ginny Magrath and her husband Mike Roberts was going for a check-up in Telford when the accident happened.

The couple was in a hurry to see a doctor, but had a car accident. As a result of the accident, both spouses had broken ankles, and they needed hospitalization.

Meanwhile, Ginny was told at the hospital that the heart rate of the fetus indicates the need for urgent cesarean section.

The woman admits that she was somewhat scared by such a rapid development of events, because the baby was to be born four weeks ahead of schedule. The medical team provided Ginny with the necessary psychological support. The girl was named Amber.

Parents note that, despite a string of tragic events, they are happy that everything ended well, and their daughter has no health problems.