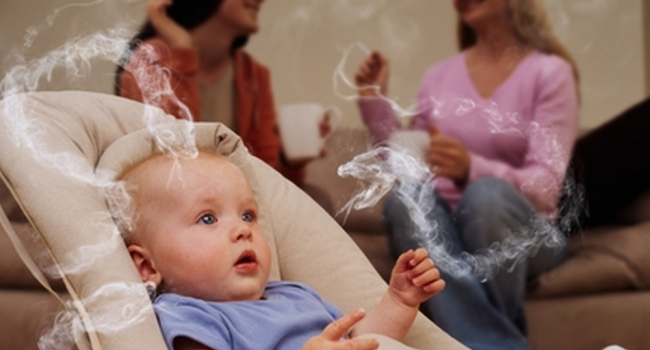 Passive smoking is very dangerous for children, and many studies have confirmed this. As scientists found out in a new study, exposure to tobacco smoke in childhood can lead to vision problems, such as cataracts, age-related macular degeneration, glaucoma, and others.

According to The National Post, researchers from the Chinese University of Hong Kong have found that the structure of the back of the eye is thinning due to tobacco smoke.

Researchers have documented the thinning of the choroid (choroid), which nourishes the retina and restores constantly decaying substances in the eye. For the study, scientists involved 1,400 children aged 6 to 8 years. 941 children were not exposed to tobacco smoke.

The vascular membranes of children's eyes exposed to tobacco smoke were 6-8 micrometers thinner than in children in the presence of which they had never smoked. Moreover, the more smokers in the family, the thinner the choroid in the eyes of the child.

Scientists emphasize that the visual system is actively developing up to 12 years. Therefore, it is so important not to smoke with children.

The previous studies have also proved the danger of second-hand smoke in adult eyes.