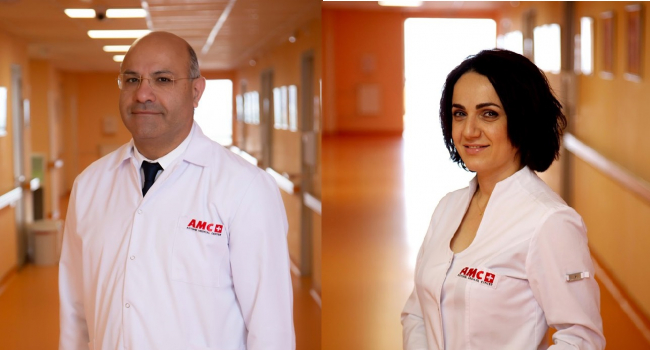 Woman from Russia, 52, was sure that she had cancer, and was planning to go to Israel for treatment. Tickets have already been bought, but the woman changed her mind as she learnt about Armenian specialist from the Astghik medical center Aznar Khachatryan, so she decided to come to Armenia to consult with her.

It turned out that the patient had no cancer, but instead she had a rare pathology - leiomyoma, which has grown near the urethra.

Aznar Khachatryan told NEWS.am Medicine that the patient (who had no somatic diseases, including diabetes and obesity) was examined in Krasnodar, and a neoplasm in the area of ​​the urethra with invasion of the bladder was found. The Russian doctors suspected cancer, and the patient was advised to go to Israel for surgery and chemotherapy.

Dr. Khachatryan examined the patient and easily found the formation in the urethra, but it did not feel like a malignant tumor. Ultrasound examination, in turn, showed that the neoplasm 2.4 by 1.6 cm in size was surprisingly similar to... myoma. But these fibroids usually grow on or in the uterus, but not on the urethra. There were several small fibroids on the uterus of the patient, too.

Since the patient also had small spotting during menopause, it was decided to conduct hysteroscopy with biopsy first. Histological analysis of the tissues obtained during hysteroscopy showed no abnormalities. The parties was then directed for surgery to remove the unusual neoplasm.

The surgery was carried out by the head of the urological department of Astghik MC Armen Avoyan. He told NEWS.am Medicine that the tumor was located between the vagina, urethra and bladder. The main difficulty was to remove it without damaging either the urethra or the bladder.

The surgery was performed by transvaginal route, that is, through the vagina. There were no scars on the patient's skin, and a day after the operation she was discharged from the hospital.

The patient and doctors were looking forward to the results of the histological examination of the removed tissues. When they were finally ready, it turned out that the neoplasm was indeed a myomatous node, and not a cancerous tumor at all.

Since there was no need for further treatment, the patient returned to her homeland.

“This is truly a unique case - the myomatous node in the urethra,” Dr. Khachatryan said.

Doctors of Astghik Medical Center are writing a scientific report about this case.