Boy, 8, saves mum’s life who lost consciousness due to infection 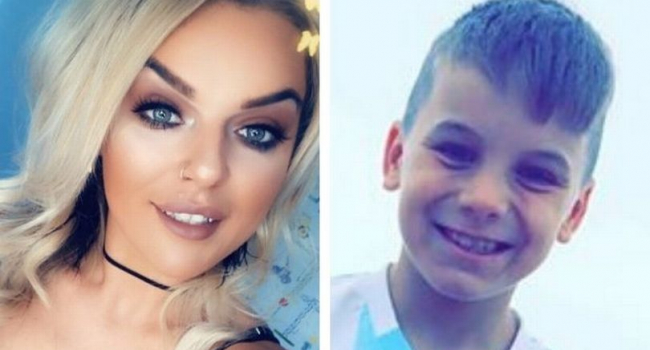 A 27-year-old Georgia Packing did not pay attention to shortness of breath in morning. Later that night, after taking her children to see the fireworks, Miss Puckering was about to get into the bath at her Anlaby home when she collapsed and fell unconscious on the bathroom floor.

Her son Harley heard the sound of falling from the bedroom and ran into the bathroom. Seeing the mother unconscious, he called the rescue service and, under the guidance of the service operator, threw back his mom’s head and laid her in a safe position so that nothing would interfere with breathing. As well as ensuring his mum could breathe, Harlee also comforted his younger siblings, Roman and Shai-Bella Drydale, who had been woken and saw her lying unconscious.

“He also showed the paramedics how to access my phone to ring my dad so he could come and look after them all.”

The woman was hospitalized, in the hospital she was diagnosed with a severe pulmonary infection, which caused shortness of breath and fainting.