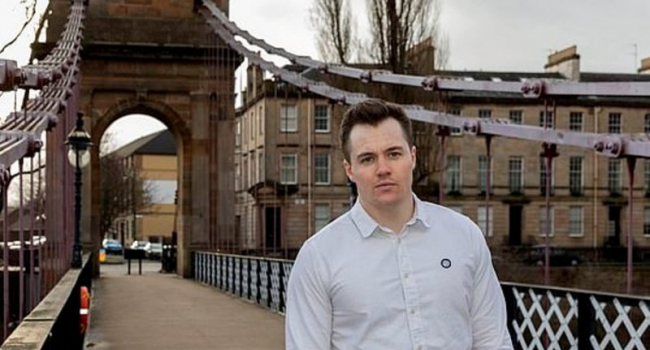 Gene therapy returned sight for Rory Dewar, a former rugby player who lost his eyesight at the age of 22 due to a rare disorder, The Daily Mail reported.

Rory was diagnosed with Leber's hereditary optical neuropathy (LHON), in which healthy cells in the retina die due to a gene mutation, leading to the death of the optic nerve. One out of 30,000 people is affected by this disease, and it is usually either young people between the ages of 15 and 25, or menopausal women. Most patients do not know anything about the disease until their vision begins to deteriorate sharply. There is no cure and volunteers in the Colorado trial had a lab-engineered virus injected into their eyes.

The first results in Rory appeared within 24 hours after the injection. Rory says that he will always be grateful for his fate in participating in these clinical studies that have changed his life for the better.

GenSight Biologics representatives are now negotiating with the U.S. Food and Drug Administration and the European medical agency to get approval for their new medicine called Lumevoq.

Rory hopes that this medicine will be approved and that it will help other people with a serious, yet formally incurable disease.