How many doctors became infected with new coronavirus in Wuhan? 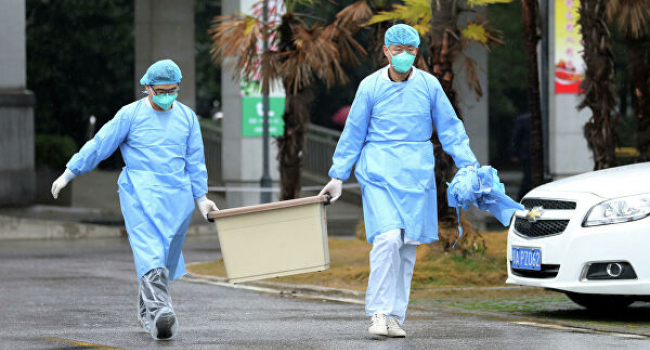 Official sources report only 15 cases of infection of health workers in the Chinese city of Wuhan with the 2019-nCoV coronavirus. However, this figure is much higher, the South China Morning Post reported referring to a source.

The outbreak of pneumonia in Wuhan started at the end of December, and only on January 7 it became known the cause of pneumonia was a new, previously unknown type of coronavirus. Nothing was known about the ways of its transmission, and the doctors who worked with the patients did not take all the necessary measures to protect themselves from infection.

In one of the city’s hospitals, 14 physicians became infected immediately. The doctors talked about the same thing, wishing to remain anonymous.

According to one of the doctors, many health workers were not informed of the possible transmission of the virus from person to person and did not even have sufficient protective equipment.

There are 14 hospitals in Wuhan equipped to deal with these diseases, and all of them are currently crowded.

Another doctor who fought SARS outbreak in Wuhan in 2003 told reporters that many of his former colleagues and classmates had become infected with coronavirus:

Chinese doctors are sounding the alarm that the city lacks qualified medical personnel and protective equipment for them. More and more health workers will become infected in such conditions, and this can lead to serious problems in the city, experts fear.