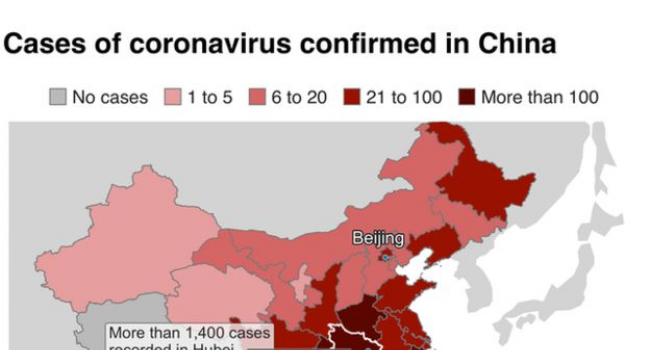 Another person died due to the Chinese coronavirus 2019-nCoV. The total number of victims of the virus at the moment is 81, and the number of confirmed cases is almost 3,000.

According to the BBC, 76 of the dead were from Hubei, the rest from other provinces. Coronavirus is suspected in 5794 patients, 461 are now in critical condition, and 51 have recovered and were discharged from the hospital.

National Chinese New Year holidays extended by three days to curb the spread of the virus. Many cities in China are quarantined. Only medical organizations and supermarkets are currently operating in Shanghai - all other companies will be able to return to work only on February 10.

The virus has also been found in Nepal, Taiwan, Japan, Malaysia and Vietnam.