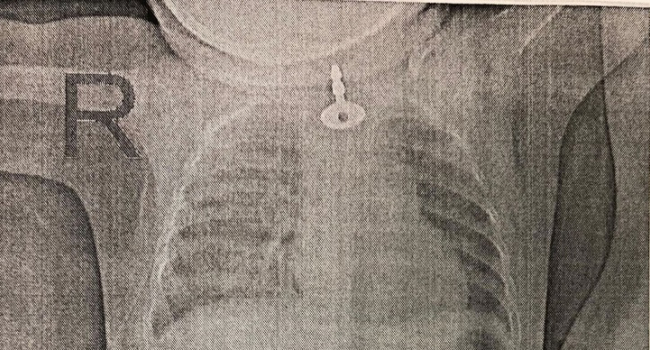 A key was stuck in the esophagus of an 11-month-old girl from Russia and to remove it, they had to undergo an operation, which was performed by an endoscopist David Shaginyan.

According to Russian media, the girl was brought to the hospital late in the evening. An x-ray showed a foreign body in her esophagus. The doctor had to conduct an endoscopic surgery to remove it.

The surgery lasted for about 30 minutes.