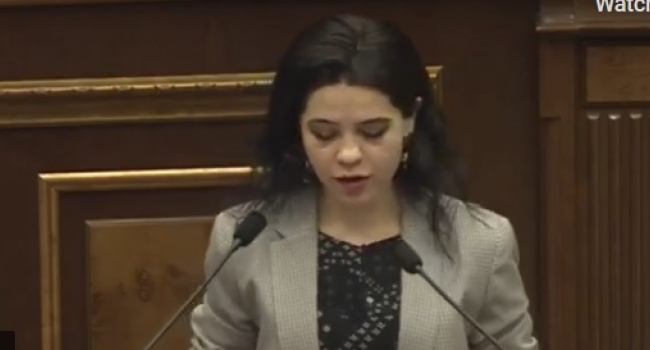 The adoption of the anti-tobacco law is very important for Armenia as it will help improve the health status and will contribute to the well-being of our compatriots, said Armenian MP Tatevik Hayrapetyan on Thursday.

According to her, on July 1, 2007, a ban on smoking in public places, workplaces and in transport was applied in the UK. More than 10 years have passed since then, and the number of smokers in the country fell to 18% of the population. Meanwhile, nearly 29% of the population smokes in Armenia.

After the introduction of the anti-tobacco law in the UK, the incidence of asthma among children also decreased: if earlier the incidence increased by 5% per year, then after the adoption of the law it decreased by 18%. The deputy noted that children are especially vulnerable to tobacco smoke and may develop verious diseases due to secondhand smoke.

There were fears that if smoking is prohibited in public places, people will start smoking at home, putting their children and non-smoking family members at even greater risk, but the UK experience showed that this did not happen.

The deputy also noted that the experience of many developed countries showed that anti-tobacco laws are aimed at maintaining the health and well-being of the population. And Armenia will not be an exception - the adoption of the law will positively affect people's health.

Tatevik Hayrapetyan said she grew up in a non-smoking family, and is sure that she was very lucky.