Is it safe to go to gym during pandemic? - Oslo conducts study 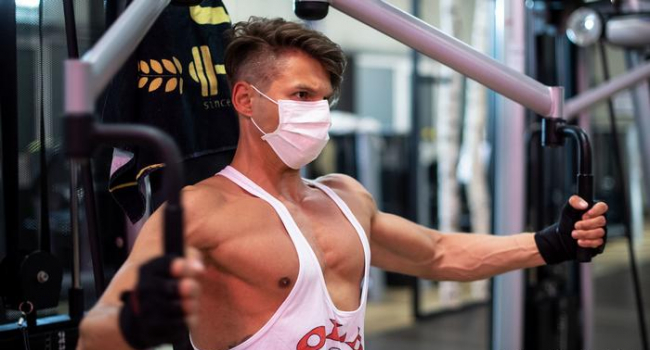 The Norwegian scientists from the University of Oslo checked how safe it is to go to the gym during the pandemic.

In March, Norway closed all gyms and fitness centers to prevent the COVID-19 spread, the New York Times reported. At the request of the Norwegian government, scientists conducted a large-scale study to find out if the infection in the gym can be avoided while taking precautions. They published the results of this study in MedRxiv.

According to Medportal, the study - that kicked off on May 22 at five Oslo fitness centers - involved 3,764 people aged from 18 to 64. None of them had chronic diseases. Half of the participants - 1,896 volunteers - were going to the gym while observing strict preventive measures by washing their hands and maintaining a social distance.

Each of them used an individual locker. However, the participants were not wearing masks and had no access to showers and saunas.

The other half of the volunteers were included in the control group to compare the results.

During the two weeks of the study, 79.5% of the participants visited the gym at least once, another 38.4% trained over six times.

In early June, scientists evaluated the cases rate in Oslo and tested all participants in the study, including gym staff. During the study period, 207 COVID-19 new cases have been reported in the city. As for the study participants, only one of them was tested positive for COVID-19, however, the infection was recorded before visiting the gym.

Based on the study, the Norwegian government has ordered to open the gyms in the country. All the described preventive measures were taken into account.