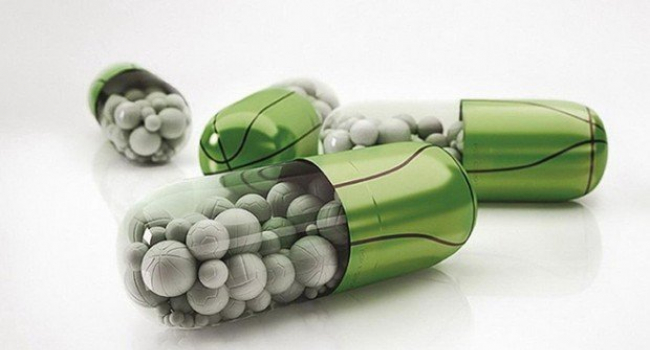 Scientists from the Technical University of Munich (Germany) have developed nanocapsules that absorb and neutralize viruses, Nature Materials reported referring to an article.

The nanoparticles are created from genetic material using the DNA origami method and have been successfully tested against hepatitis and adeno-associated viruses.

To create nanocapsules, geometric principles were used, according to which the protein envelopes of viruses are built. Thus, hollow bodies the size of a viral particle were obtained. To effectively capture viruses by nanoparticles, the researchers constructed capsules from triangular DNA plates. To allow such plates to collect and form larger objects, their edges were slightly beveled. By changing the anchor points at the edges of the triangles, scientists were able to create not only closed hollow spheres but also spheres with holes or even half-shells.

Scientists have placed antibodies that bind viruses on the inner surface of the nanocapsules, achieving high capture efficiency. To prevent the rapid decay of DNA particles in body fluids, the team irradiated the finished building blocks with UV light and treated them with polyethylene glycol and oligolysine. Thus, the particles were stable in the serum of the mice for 24 hours.

When four antibody molecules were added, the binding efficiency reached 80%. Scientists believe that by increasing the number of antibodies, the effectiveness can be increased up to 100%.

In the future, the researchers plan to test the nanocapsules in live mice. Human studies have not yet been discussed.