Latest on COVID-19 vaccination in Armenia and globally 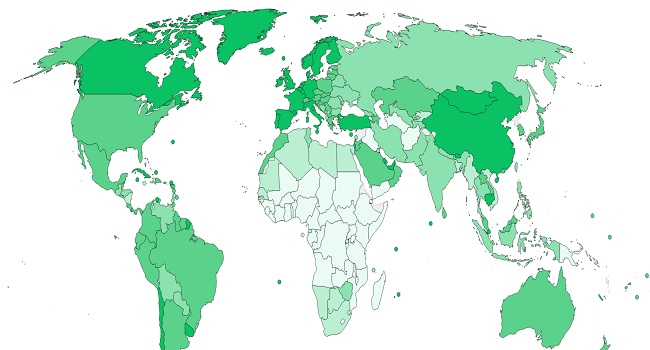 More than 5.72 billion doses of coronavirus vaccines have already been administered worldwide: 75 doses of vaccines per 100 people.

Some received one dose of the vaccine, others two, and still others all three. Nearly 42% of the world's population is already vaccinated against coronavirus, but the level of vaccination in different countries is far from the same: in some countries the vast majority of the population is vaccinated, in others less than 1%.

The coronavirus is currently being vaccinated in at least 199 countries around the world. And the lead among them in terms of the number of vaccinated people is the United Arab Emirates: there 91% of the population has already received at least 1 dose of the coronavirus vaccine. They use Pfizer-BioNTech, Sinopharm, Oxford-AstraZeneca and Sputnik V vaccines.

In the second place in the world in terms of the number of vaccinated people is Portugal, where 85% of the population have already received at least 1 dose of the vaccine. Pfizer-BioNTech, Oxford-AstraZeneca, Moderna and Johnson & Johnson vaccines are used there.

In the United States, 63% of the population has received at least one dose of the vaccine. Pfizer-BioNTech, Moderna and Johnson & Johnson vaccines are used there. And for the unvaccinated, as in most of the listed countries, there are a number of restrictions.

In Russia, 31% of the population is vaccinated. They use the drugs Sputnik V, EpiVacCorona and CoviVac.

And this is much less than in other countries of the region.

Countries with the lowest coronavirus vaccination coverage include Madagascar, Tanzania, Burkina Faso, Haiti and the Democratic Republic of the Congo, with less than 1% of the population receiving the vaccine in all of these countries.