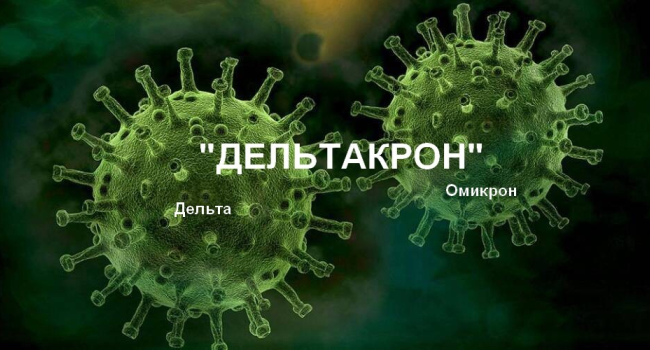 University of Cyprus virologist Professor Leondios Kostrikis discovered a few days ago a new variant of the SARS-COV-2 coronavirus that combines the properties of the delta and omicron strains.

The new strain was named deltacron. However, some specialists consider deltacron to be just a laboratory error.

According to Medportal.ru, deltacron was detected in 25 (some reports suggest 24) patients in Cyprus. Genome sequences found by sequencing the virus genome were sent to the international database GISAID. The supposed new strain has a genetic basis of delta, but has incorporated at least 10 mutations from omicron.

The head of the WHO technical team, Maria van Kerkhove, noted on Twitter that deltacron is most likely a laboratory error resulting from sample contamination. She also asked that we refrain from using the word deltacron as well as the words flurona or fluron, which are used in the media to refer to simultaneous infection with both coronavirus and influenza.

Professor Kostrikis himself argues that the cases of infection identified evolutionary pressure on the ancestral strain to acquire these mutations, rather than the result of a single recombination event. He said that deltacron has also been found in Israel.

However, many researchers disagree with the colleague's conclusion that deltacron is the product of natural fusion of other strains. For example, Professor Nick Loman of the University of Birmingham (UK) considers deltacron to be a technical artefact. Geneticist Tom Peacock (UK) wrote on Twitter that real recombinants appear months after different strains start circulating together.

Note that while scientists are arguing about the reality of the Cyprus Deltacron, in France found a real new strain of coronavirus B.1.640.2: it was detected in a traveler flying from Cameroon, who managed to infect at least 12 people. This variant of SARS-COV-2 has 46 mutations, two of which, however, have already been found in previous strains.

It is not yet known how dangerous is strain B.1.640.2, which does not even have its own name yet.