What are global challenges facing healthcare in Armenia today and can they be solved? 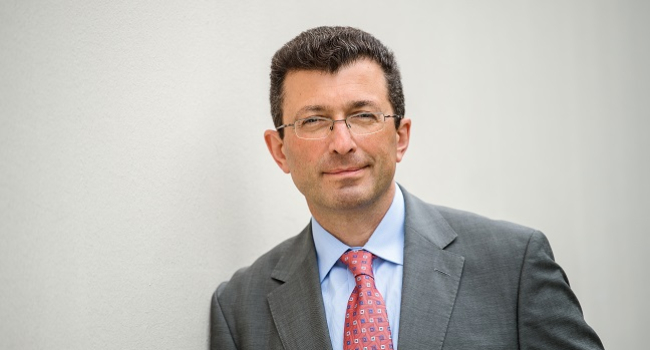 Nine out of 10 deaths in Armenia are related to non-communicable diseases, including cardiovascular disease, diabetes, lung disease, and cancer. Preventing these diseases is usually easier than curing them. However, prevention should be the responsibility of primary care, which does not seem to be able to fulfill this role at the moment.

Co-founder and head of the Board of Trustees of the Health Network for Armenia (HENAR) Foundation, Arman Voskerchyan told NEWS.am Medicine that Armenia's healthcare system is currently facing a number of global problems and challenges, and poor organization of primary care and prevention of non-infectious diseases are not the only problems that need to be addressed. There is also the problem of inefficient financing of health care, and many other challenges.

Healthcare as a priority sphere for Armenia

According to the survey conducted within the framework of the Future Armenian Public Initiative event, health care is one of the three key areas, which may encourage people to move from other countries to Armenia. Along with security and employability, a quality and effective healthcare system was mentioned as a key factor by the majority of respondents.

This means that improving the level and efficiency of the healthcare system is now more important than ever - and not only to improve public health and reduce mortality, but also to attract people and investment from other countries.

Currently, there are many problems in the field of healthcare in Armenia. And if we want the situation to improve, we need to solve them together.

Non-communicable diseases as a major cause of mortality

"In this sense, we are in the group of developed countries, but I would not be happy about it. For example, in Armenia, cardiovascular diseases account for more than 50% of all deaths. This is significantly more than in most developed countries, where these diseases are "responsible" for about 30-35% of deaths.  Armenia is one of the countries with the highest mortality rate from cardiovascular diseases, ranking the 28th in the world," the expert says.

Such a large spread of cardiovascular and other non-infectious diseases in Armenia is primarily due to the lifestyle of people. Smoking, obesity, unhealthy diet, excessive alcohol consumption, lack of physical activity and a number of other features are considered the most serious risk factors, all of which are widespread in Armenia.

The lack of a culture of regular checkups - preventive visits to the doctor in the absence of any symptoms and problems - hinders the timely detection of non-communicable diseases and their more effective treatment.

Nursing - instead of staying healthy

When it comes to cardiovascular disease, most people think of new treatments. Yes, angioplasty, stenting of damaged vessels, bypass surgery and other modern therapies certainly save lives. However, preventing cardiovascular disease would be much easier, more effective and cheaper than treating patients with severe clinical symptoms.

The problem is that modern medicine today is not about health care (healthcare), but about patient care (sickcare). Noubar Afeyan, a well-known entrepreneur and philanthropist of Armenian descent, also mentioned this a few days ago during a meeting at the American University of Armenia (AUA) to discuss issues based on bioscience science.

"Today, most resources are directed toward curing disease rather than preventing it. And that's a problem, especially when health care costs are rising faster than GDP, making such a health care funding model unsustainable in the long run. But the more effective we are at preventing disease, at doing prevention, the longer we will postpone the moment when a person goes from healthy to sick. It will be better for the person and cheaper for the healthcare system," said Arman Voskerchyan.

The primary healthcare system in the capital and the regions

According to Voskerchyan, Armenia has serious problems with the primary link, which is responsible, among other things, for the prevention of non-infectious diseases. These are the problems with infrastructure, human resources, and the absence of a quality control system for medical services, and much more.

In many developed countries, for example, in UK and Sweden, the primary link plays a very important role in the healthcare system: the patients with almost any complaint at first turn to the family doctor, who, in his/her turn, either prescribes treatment or, if necessary, sends them to narrow specialists. In such countries family doctors are so highly qualified that they can independently diagnose and treat many diseases which narrow specialists do in Armenia.

In Armenia the situation is different and most patients immediately turn to narrow specialists when they have any problems, usually at medical centers, bypassing the primary care. According to Arman Voskerchyan, this proves that the healthcare model in the country works ineffectively. There is no trust in primary care doctors, not only among patients, but even among health care specialists.

According to Voskerchyan, the problem of the lack of specialists in primary care is also quite acute in Armenia, especially in the marzes. Moreover, not only doctors but also nurses are not sufficient. According to the specialist, the number of nurses per 100 000 people in Armenia is twice less than in other countries of the region.

"And this is a very serious problem, because effectively working nurses take a lot of the load off doctors and allow for more efficient provision and delivery of services to patients," the specialist said.

According to Arman Voskerchyan, up to 84% of medical expenses in Armenia are covered by the patient himself. According to the specialist, almost no other country in the world has such a percentage. In Russia, for example, 38% of all expenses are paid by the patient; in Georgia - up to 50%.

Moreover, about 16-17% of Armenia's population spends more than 10% of the total family budget on medical services, including medicines. According to the specialist, these are very high figures, and they also indicate that the current healthcare system requires revision.

A possible solution to this problem could be the introduction of a universal health insurance model.

According to Voskerchyan, there are only four models of health care financing in the world, and they are diverse and individual:

In developed countries, there is often a hybrid version that combines elements of different models. The United States is a prime example. Despite the fact that they spend the largest percentage of the world's GDP on health care - about 18% - a significant portion of the population (up to 20%) is uninsured and has no access to medical services.

According to the specialist, all these models of health care financing have their advantages and disadvantages, and there is no ideal model. In Armenia, it will be necessary to choose the most appropriate model, taking into account the realities and peculiarities of our country.

"We need a model, which will provide equal access to the health care for the majority of our compatriots - such is the problem today. Some forms of co-financing can be discussed, but the main range of medical services must be guaranteed for all citizens of our country.

The main question is: What to do?

In order to address all the challenges faced by the healthcare system in Armenia, Future Armenian specialists conducted a joint study with McKinsey & Company last year to assess the existing healthcare model and system.

As a result of the study, the specialists worked out a number of recommendations, which will help improve the healthcare system in the country. They also came up with the idea of creating a platform, which could solve the problems, which the healthcare system faces today, on the system level.

The HENAR (Health Network for Armenia) charitable foundation, which was established in 2021 by Arman Voskerchyan, Ruben Vardanyan and Noubar Afeyan, became that platform.

"The main mission of our foundation is to promote structural transformational changes in Armenia's healthcare system by creating a partnership network that can implement projects of varying complexity aimed at systemic changes and long-term impact on healthcare in the country," Voskerchyan said.

According to the results of the above-mentioned Future Armenian research, several priority directions have been chosen which will require focus as the first priority: