What should parents do if their child decides to go on diet? 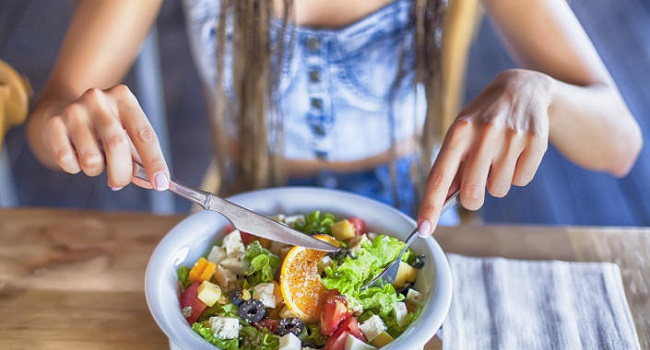 One of the many challenges parents of teens face is making sure their child grows up with a healthy body image. According to a study published in the journal JAMA Pediatrics, today's teens are more concerned about losing weight than previous generations. So what should parents do if their own teen decides to go on a diet?

Here's the official expert opinion: don't encourage your teenager to diet, regardless of their height.

According to the American Academy of Pediatrics, encouraging any teenager to lose weight can be harmful. But that doesn't mean parents can't help teens feel better about their bodies and themselves if they say they have difficulty doing so. The Academy recommends that pediatricians as well as parents focus on health-promoting behaviors, such as eating a wide range of nutritious foods and exercising, rather than prescribing weight loss, calorie restriction or a specific set of dietary rules.

In a 2016 study, diet was one of the most important factors in determining whether teens might develop an eating disorder.

Working with people with eating disorders, many of them say their eating disorder started the day they started dieting, Samantha DeCaro, director of clinical advocacy and education at the Renfrew Center, told Yahoo Life. Dieting is a high-risk behavior, given that eating disorders are one of the deadliest mental disorders, second only to opioid use disorders."

In addition to the risk of eating disorders, according to the specialist, teenagers' bodies are changing rapidly.

They need nutritious meals to keep up with extracurricular and academic activities to fuel their brains and bodies, DeCaro explained. And so diets can be very, very harmful to a teenager, especially if the diet is not related to some medical allergy or intolerance.