Ladies found to buy more things when they are most fertile 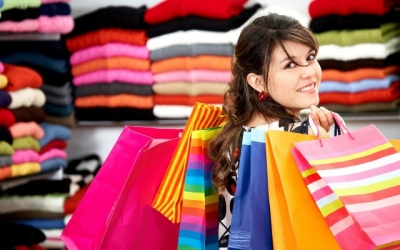 You may think that women do most of their shopping just after pay-day – but it seems it’s another time of the month that sends them to the tills.

A study of more than 500 women suggests that ladies like to buy more things when they are at their most fertile.

Researchers found that their test subjects, aged between 18 and 40, sought a wider variety of items when ovulating – an impulse that extended to their love-life.

Professor Kristina Durante, of Texas University, explained: ‘Just like a fisherman casting a wide net, ovulating women seek to cast a wide net into the dating pool and expand the number of potential suitors they have to choose from.

Her study, published in the Journal of Consumer Research, suggests a link between choices in women’s personal relationships and the marketplace for the first time.

Now her four experiments, including participants who were not pregnant or taking hormonal contraceptives, have found that women’s desire for more men also made them want to do more shopping.

Professor Durante said: ‘For about a week every month normally cycling women – constituting more than a billion consumers – may be especially likely to respond to appeals by competing brands to switch.’

However, she added that when researchers asked women to imagine themselves ‘in a loving relationship with a desirable partner’ – or when married subjects were asked to put on their wedding rings – they no longer wanted to buy lots of different products when ovulating.