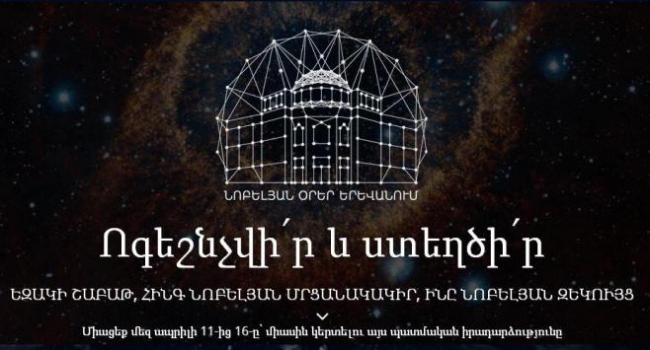 On 11-16 April 2016, five Nobel Laureates will be hosted by Yerevan State Medical University in the frames of a unique scientific event “Nobel days in Yerevan” which is aimed at discovering facts about the scientific achievements worth sharing the Nobel heritage.

This is the first opportunity for the experienced and young scientists, as well as for students of the region, to interact and get to know outstanding personalities who have been awarded the highest prize for scientific achievements. This is also an opportunity for a dialogue between scientists of different backgrounds, religions and traditions.

Armenian translation will be provided during the lectures at Yerevan State Medical University.