Why are women more likely to have thyroid disease than men? 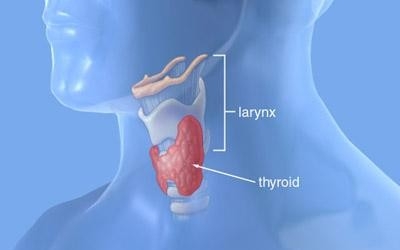 About 2 billion people around the world today suffer from iodine deficiency, said in an interview with the correspondent of NEWS.am Medicine the Chief endocrinologist of the Ministry of Health of Armenia Edward Toromanyan. It is interesting, that women are more likely to have both iodine deficiency and thyroid disease, than men: it is considered, that every third woman of the planet sooner or later face this problem.

The human body contains about 25 mg of iodine. Much of it is in the thyroid gland, which regulates the metabolism, so the lack of iodine is a very serious problem for the body that leads to the development of several diseases that affect mental and physical development.

‘’According to different research, women are having problems with thyroid gland 3-10 times more, than men. This also applies to toxic goiter, and insufficiency of thyroid hormones, "- said Edward Toromanyan.

According to the endocrinologist the thyroid gland synthesises thyroid hormones that are responsible for many of the complex metabolic processes in the body. First of all, they are needed for normal sexual activity, nervous, muscular and skeletal systems.

As women are more susceptible todifferenthormonal leaps, their body is very sensitive to any hormonal changes and react to them sharper than the "calm" male body. That is why iodine deficiency often causes complications in the female reproductive system, and not in men.

The research findings show that thyroid hormones produced by the thyroid gland protect the bodyfrom carcinogens and the risk of breast cancer in women increases, when there is a shortage of these hormones. Doctor Edward Toromanyan noted, that in most women suffering from mastopathy, specialists detect problems with thyroid gland, that is why the link between thyroid diseases and different women issues is indubitable.

Pregnant women are the most sensitive to iodine defficiency, as during this period the woman's hormonal system undergoes serious challenge. Besides, by 16-17th week the fetus begins to develop its own thyroid gland, and it begins to take iodine from mother.

Taking into consideration that iodine defficiency and thyroid diseases are so common in women doctors recommend to take all the possible measures for the prevention of those diseases: first of all, the consumption of iodized salt, because in countries with iodine deficiency (which include Armenia) iodized salt is one of the few sources of iodine, and secondly, Edward Toromanyan recommends women after 40 at least from time to time undergo ultrasound screening of thyroid gland– the earlier the problems will be detected, the easier will be the treatment.

When it comes to pregnant women, most often doctors recommend them to take special preparations containing iodine, as this will help avoid several complications in pregnant woman and in fetus.