Painkillers and blood thinners may be a dangerous combination: Research 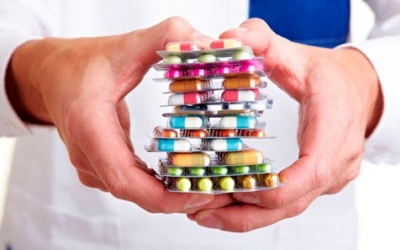 Patients taking blood thinner preparations to prevent clots in their lungs or legs may be at risk for  internal bleeding in case when they also take simple painkillers such as ibuprofen or aspirin, researchers warn.

These over-the-counter painkillers -- called nonsteroidal anti-inflammatory drugs (NSAIDs) -- include such drugs as Advil, Aleve, Bufferin, Excedrin, Motrin and Nuprin, as well as aspirin. Patients who use blood thinners such as warfarin, Eliquis, Xarelto or Pradaxa should not take them, NewsMax Health reported.

One-quarter of these major bleeds happen within eight days of taking an NSAID, said lead researcher Dr. Bruce Davidson. He's with the division of pulmonary and critical care medicine at the University of Washington School of Medicine in Seattle. "It's not like you have to be taking them for weeks or months. Some bleeds happen with a single dose," he said.

The risk of bleeding might be even greater for people with an irregular heartbeat, called atrial fibrillation, who take a blood thinner and use an NSAID, Davidson said.

"If you have a headache or aching muscles or joints, take generic Tylenol," he added.