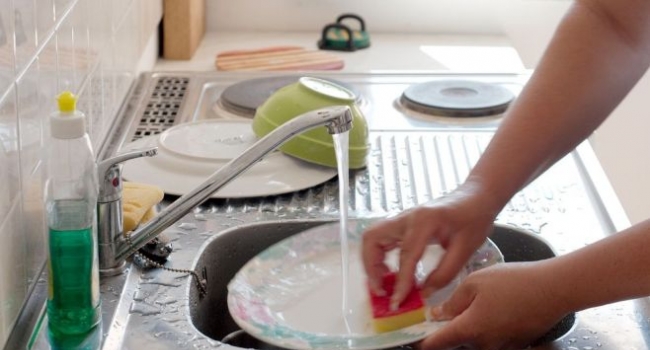 Folding your laundry or doing the dishes might not be the most enjoyable parts of your day. But simple activities like these may help prolong your life, according to the findings of a new study in older women led by the University at Buffalo.

In the U.S. study of more than 6,000 white, African-American and Hispanic women ages 63 to 99, researchers reported significantly lower risk of death in those who were active at levels only slightly higher than what defines being sedentary.

Women who engaged in 30 minutes per day of light physical activity -- as measured by an accelerometer instead of a questionnaire -- had a 12 percent lower risk of death. Women who were able to do a half-hour each day of moderate to vigorous activity had a 39 percent lower mortality risk, according to the study, published online ahead of print in the Journal of the American Geriatrics Society.

For the age group in this study, light physical activities include regular chores such as folding clothes, sweeping the floor or washing the windows. Activities like these account for more than 55 percent of how older people spend their daily activity. Moderate to vigorous activities would be brisk walking or bicycling at a leisurely pace.

The bottom line? "Doing something is better than nothing, even when at lower-than-guideline recommended levels of physical activity," said the study's lead author, Michael LaMonte, research associate professor of epidemiology and environmental health in UB's School of Public Health and Health Professions. "To the best of our knowledge, this is the first study to show this."

Even when researchers simultaneously accounted for the amount of each type of activity (light and moderate-to-vigorous) a woman did, they still observed significantly lower mortality associated with each time, independently of the other.

"This is remarkable because current public health guidelines require that physical activity be of at least moderate or higher intensity to confer health benefits," LaMonte, PhD, said. "Our study shows, for the first time in older women, that health is benefited even at physical activity levels below the guideline recommendations."

"The mortality benefit of light intensity activity extended to all subgroups that we examined," added study principal investigator Andrea LaCroix, professor and chief of epidemiology at the University of California, San Diego.

While the study focused on older women, researchers say their findings send a powerful message to younger women and men - that it's important to develop healthy habits around physical activity while you are young so that you are more likely to maintain them when you get older.

These motion-sensing devices electronically document and store daily movement patterns and intensity on a 24-hour clock for as many days as the device is worn. Women in this study wore the devices for between four and seven days. Researchers then downloaded the information and analyzed it.

To make their analysis of physical activity even more specific to older women, they also conducted a laboratory study in a subset of study participants during which they aligned the accelerometer information with completion of activity tasks germane to older women's usual daily activity habits.

"No other study as large as ours and specifically on older women has included this step to enhance interpretation of accelerometer data in a context relevant to the study participants," LaMonte said.

Aging well in an aging society

The findings could have implications for national public health guidelines for physical activity for older U.S. women, especially when considering the projected growth of this particular population over the next several decades.

The researchers' findings are being considered by the U.S. Department of Health and Human Services' 2018 Physical Activity Guidelines Advisory Committee. The guidelines were first introduced in 2008 under then-HHS Secretary Michael O. Leavitt.

By 2050, the population group aged 65 and older will have doubled since 2000, reaching nearly 77 million, according to LaMonte, adding that women in this age group will outnumber men 2-to-1 at the current expected growth pattern. "Our results suggest that the health benefits of lighter activity could reach a large swath of women in an aging society," LaMonte said.

"These findings are especially relevant to aging well in an aging society," he added. "Some people, because of age or illness or deconditioning, are not able to do more strenuous activity. Current guidelines do not specifically encourage light activity because the evidence base to support such a recommendation has been lacking."