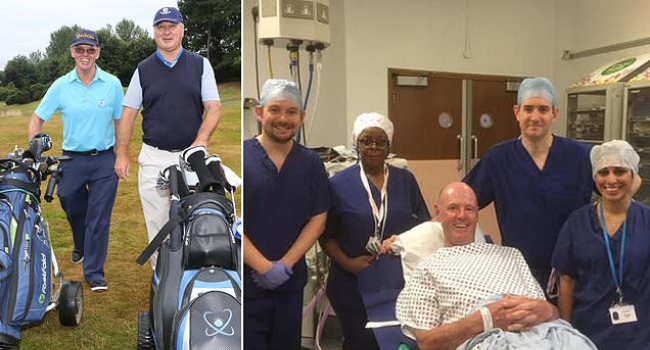 A 55-year-old who suffered a kidney failure found a donor while playing golf.

According to the doctors, Mark Phillips' kidney function dropped to 8%, but fortunately following a round of golf he met 70-year-old Graham Sutherland who volunteered to be a living donor, BBC reported.

Two men were talking about Phillips’ health, and Graham decided to help.

In October the successful operation to give Mr Phillips took place and he is now returning to work following treatment to stop his body rejecting the new organ.