20-year-old trapped in body of pensioner 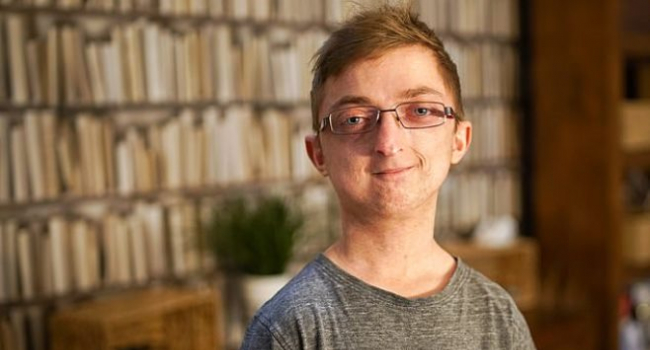 The 20-year-old resident of England Harry Crowther with a rare ageing disease is trying to survive into adulthood, The Daily Mail reported.

According to experts, it occurs in one person for 50 million, and today about 350 cases are known. Progeria is characterized by premature aging of the body.

Harry is the only man in the world who has been diagnosed with atypical progeria syndrome. This condition is different from childhood progeria, also known as Hutchinson-Guildford syndrome. And Mr Crowther, who takes statins and aspirin every day to thin his blood, always tries to see the positive side of his situation.

Harry ages five times faster than an ordinary person, and has a number of "senile" health problems, such as arthritis.

His mother, Sharron, suspected something was wrong when Harry was still a child, but only in the US it was possible to make the correct diagnosis. Harry was 7 years old at that time. Since then, visiting hospitals has become a routine for him and his family members. “Progeria affects my health in several ways. I get a lot of issues which older people tend to have. I have arthritic pain, I have a deterioration of the bones in my fingertips in my hands. I get tired easily. I am small for my height. Basically, everything somebody's granddad or grandmother will have. I try to see the brighter side of things. If it's not in my control, what can I do?” Crowther said.