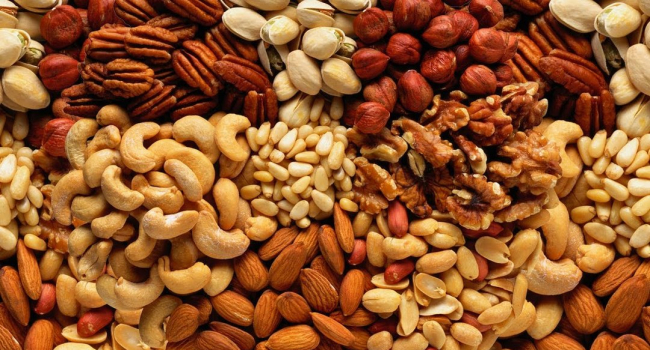 People who regularly eat unsalted nuts are less likely to die from heart disease, said scientists from the Isfahan Cardiology Research Institute in Iran as a result of their research at the congress of the European Society of Cardiology in Paris, France.

According to a study in which specialists monitored the eating habits of 5,432 people over 35 for 12 years, eating twice a week nuts (hazelnuts, almonds and walnuts) is associated with a 17 percent reduction in the likelihood of death from cardiovascular disease, compared with the use of nuts once every two weeks. Scientists have also noted the benefits of raw and unsalted nuts.

During the study, experts also took into account factors such as age, gender, education, smoking and physical activity of participants.

According to the recommendations of the European Society of Cardiology, eating about 30 grams of nuts daily is part of a healthy diet. And in December 2016, an international group of scientists published an article in BMC Medicine magazine, according to which, eating about 20 grams of nuts per day is associated with a lower likelihood of developing cancer or death from cardiovascular disease.