C-section provides infants with pathogens instead of maternal bacteria 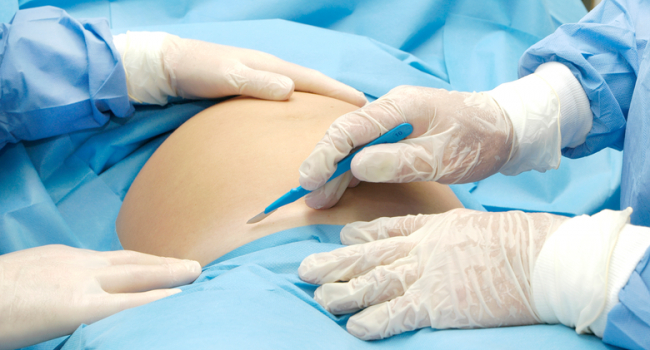 British and Australian doctors have found that the microbiome of infants varies significantly depending on whether they were born naturally or as a result of a cesarean section, Nature reported.

The first ones often received bacteria from their mothers, and what comes to cesarean babies, a significant part of the microflora was the pathogenic bacterial species characteristic of hospital rooms.

Despite the fact that with some bacteria the baby is found in the womb, most of the microbiota populates his body during childbirth and immediately after them. Since the microflora is responsible for a wide variety of health aspects - from metabolism to the functioning of the immune system - the earliest exposure to bacteria during birth, breastfeeding, or the use of antibiotics is extremely important for the subsequent life of the child.

Yan Shao from the Wellcome Sanger Institute, instead of his colleagues from the UK and Australia, examined the microbiome of newborns as part of the Baby Biome Study project. Scientists analyzed the bacterial composition in the intestines of 314 babies that were born naturally, and another 282 who were born using cesarean section.

Researchers have found that the way they are born affects the species composition of intestinal bacteria more than the way they are fed (breast milk or formula) or the use of antibiotics. Among those born naturally, representatives of the genera Bifidobacterium and Bacteroidetes prevailed, as well as Escherichia coli E. coli - they accounted for 68.3 percent of the total microbiome. Those who were born using cesarean section had fewer of these bacteria, and instead enterococci, staphylococci and clostridia, pathogens that often cause nosocomial infections, colonized the intestines.

Then, scientists compared the microflora of 175 pairs of the baby and mother to find out which species are transmitted directly during childbirth. It turned out that during natural birth, bacteria pass from mother to child in 74 percent of cases, and with caesarean section - only 12 percent. In this case, the mother, as a rule, supplies the child with healthy microflora (E. coli and bifidobacteria), and pathogens, apparently, come from the hospital environment.

Thus, the researchers demonstrated that Caesarean section disrupts the transmission of microflora from mother to child. Nevertheless, they conclude, in order to make unambiguous conclusions about how the method of birth affects the health of the child, long-term studies are necessary, including with the participation of children who were born as a result of home birth.

Earlier, scientists already found a connection between Caesarean section and the development of diseases: for example, children born in this way were more often diagnosed with obesity and asthma. Whether this is due to microbiota, however, is not clear.