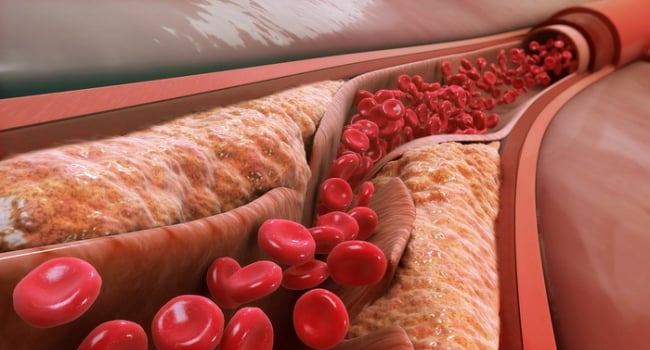 For decades, the treatment of atherosclerosis has been aimed at lowering the level of ‘bad’ cholesterol - low density lipoproteins (LDL) - in the blood. New experiments by American scientists from New York University show that increasing high-density lipoprotein (HDL), or “good” cholesterol, in mice with diabetes reverses the disease, Hightech + reported.

Atherosclerotic vascular damage is one of the main causes of cardiovascular diseases, which today remain the main factors of mortality in the world. A new approach was tested on mice with diabetes, which have already tried to lower their levels of bad cholesterol.

Experimental treatment reduced the progression of atherosclerosis by 30%, and also halved the inflammation in the immune cells and stopped their proliferation.

Another discovery was that high HDL levels hindered the activity of neutrophils, which secrete compounds that increase inflammation and plaque formation in atherosclerosis.

An increase in HDL levels eliminates the inflammatory beginnings of the disease caused by the accumulation of cholesterol. The potential of the approach is ahead of existing drugs for the treatment of atherosclerosis, says lead author of the study, Edward Fisher. Research will be continued.